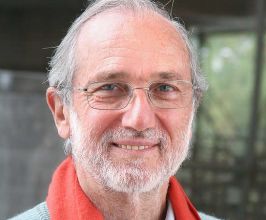 Book Renzo Piano for your event

Renowned architect Renzo Piano has won many architecture awards, most notably the Pritzker Prize, the AIA Gold Medal, and the Sonning Prize. The Renzo Piano Building Workshop (RPBW), based in Genoa, Paris, and New York, employs more than a hundred architects, engineers, and building specialists. Working with this exceptional team, Piano has executed designs as city-defining as The Shard in London—Europe’s tallest building—and as varied as department stores, churches, factories, housing, university buildings, stadia, a winery, a bridge—and even a Swatch watch.Born into a family of builders in the Italian port city of Genoa in 1937, Piano brings extraordinary credentials and experience to the Kimbell. As a young man, he worked briefly in the office of Louis I. Kahn before establishing the firm Piano & Rogers with the dynamic young Anglo-Italian architect Richard Rogers. Soon afterward, a brilliant young engineer, Peter Rice, invited the partners to join him in entering an open competition to design the Centre Georges Pompidou in Paris. The Beaubourg, as it came to be known, was a new kind of cultural institution, conceived for a dawning era of freewheeling multimedia aesthetics. Piano and Rogers saw an opportunity to explore bold new architectural ideas, which Piano described as “a rebellion against the mystification of culture.” There were 700 other entries in the competition, but they did win it—and built it.In 1980, Piano, now a principal of Atelier Piano & Rice, was approached by the Schlumberger oil-equipment heiress Dominique de Menil to design a museum in Houston to house her impressive collection of art. She and her husband John had previously commissioned Louis I. Kahn, but after Mr. de Menil died in 1973, Dominique de Menil abandoned the project. When she was ready to begin again, Kahn was no longer alive: she turned to Piano for the assignment. The result is an exposed steel and wood pavilion, minimalist in form, which was immediately hailed as a new milestone in museum architecture.Since then, the Renzo Piano Building Workshop, established in 1981, has received a steady stream of museum commissions, including two other much-loved spaces in Texas: the Cy Twombly Gallery, also commissioned by the Menil Collection and located on its campus, and the Nasher Sculpture Center in Dallas. Piano also designed what is often credited as being one of the most perfect small museums in the world, the Fondation Beyeler outside Basel, Switzerland.The California Academy of Sciences in San Francisco (2008), the Modern Wing of the Art Institute of Chicago (2009), and a new entrance to the Isabella Stewart Gardner Museum in Boston (2012), are among other major American museum projects realized by Renzo Piano and RPBW. The team is currently working on a major new building for the Whitney Museum of American Art that will be located astride the High Line elevated park in downtown New York City.Contact a speaker booking agent to check availability on Renzo Piano and other top speakers and celebrities.