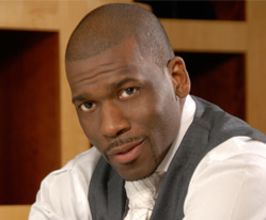 Founder of The Empowerment Temple

Radical, revolutionary, innovative, outspoken, anointed, and cutting-edge are some of the ways the Rev. Jamal Harrison Bryant has been described. He is the founder of Empowerment Temple, the fastest growing AME church in the history of the denomination. The church started with just 43 members and in its first seven years has reached over 10,000 in membership. It embodies the two hardest groups to attract; young adults between 18-40 and African American men. Empowerment Temple is a ministry focused on empowering believer’s spirituality, developing them educationally, exposing them culturally, activating them politically, and strengthening them economically.Bryant believes that the entire community should be empowered in every aspect of life. He has opened an elementary school and adult learning facility to empower through education. Economically, he’s teaches every member to be creditworthy by having a clean credit record, along with the tools to become entrepreneurs. He is also moving to open a chain of Black owned and operated gas stations called Power Gas. His church has now registered more voters than any other church in the city of Baltimore, in order to empower followers politically. He has championed many issues and corrected politicians that have lost focus. Culturally, Empowerment Temple is second to none with a Mime Ministry, Hip-Hop Dance Ministry, a Poetry Ministry and a Drama Ministry. The core of Empowerment Temple is spiritual empowerment shown through its three services on Sunday morning, a thriving Sunday School, a Children’s Church with an in-depth curriculum, as well as Tuesday bible study where hundreds come to learn more about the word.Bryant is a loyal pastor with a global mission, to empower the world through the word. Millions around the nation, the Caribbean, and London watch his Got Power television broadcast. He has appeared on BET, CNN, CSPAN, Politically Incorrect and has been discussed in Emerge, Sister to Sister, USA Today, and The Source. Ebony magazine has called him “one of America’s future leaders.” He has participated in two of Tavis Smileys’ Town Hall meetings on “The State of Black America.”While his accomplishments are commendable, it is important to note that Bryant failed the 11th grade. However, he obtained a GED certificate and later became a distinguished graduate of several well-known institutions including Morehouse College in Atlanta, GA, where he majored in political science and international studies. After acquiring his undergraduate degree he went on to earn a Masters of Divinity Degree from Duke University in Durham, NC. He is a proud member of Kappa Alpha Psi Fraternity Incorporated.Contact a speaker booking agent to check availability on Rev. Jamal Harrison Bryant and other top speakers and celebrities.