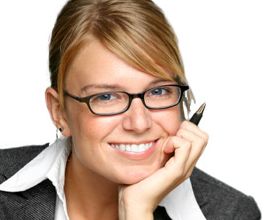 Book Rhett B. Dawson for your event

ITI is the voice of the high tech industry, promoting policies that advance the global competitiveness of leading U.S. information technology (IT) companies. Rhett Dawson has been ITI’s president and chief executive officer since 1993.Dawson has wide-ranging experience in government–at the White House, in Congress, at the Pentagon and with two Presidential Commissions. In addition to ITI, Dawson’s private sector background includes senior corporate management and the practice of law. Dawson’s insights on information technology issues, in particular the role of IT in society, the economy, and homeland and global security, have appeared in major publications, including The Wall Street Journal, The New York Times, The Washington Post, Los Angeles Times, and National Journal. Dawson has also appeared on major television networks, including CNN, CBS, and CNBC.Immediately prior to being selected as president of ITI, Dawson was Senior Vice President of Law and Public Policy for the Potomac Electric Power Company (PEPCO). At PEPCO, he was responsible for law and regulatory matters as well as governmental, community and public affairs.For the last two years of the Reagan Administration, Dawson served as Assistant to the President for Operations. At the White House, he managed the staff and decision-making process for President Reagan and was responsible for the three large White House operating and support units–the White House Office, the Office of Administration, and the White House Military Office.Prior to the White House, Dawson was a partner in the McNair Law Firm. He took a leave of absence from the firm in 1986 to direct the President’s Special Review Board (the Tower Board), which investigated the Iran-Contra matter. The Board’s report to the President received national acclaim.Dawson previously directed the year-long President’s Blue Ribbon Commission on Defense Management under its chairman, David Packard. President Reagan implemented the Commission’s recommendations for the Pentagon shortly after they were made.Dawson has also been a partner at Dickstein, Shapiro and Morin. Earlier in his career, he worked for committees of the U.S. Congress. He was Staff Director and Chief Counsel for the Senate Committee on Armed Services, Minority Counsel for the Senate Committee to Study Governmental Operations relating to intelligence activities (the Church Committee) and Minority Counsel for the Joint Committee on Defense Production.Dawson received his undergraduate degree from Illinois Wesleyan University and his law degree from Washington University in St. Louis. He is married to Mimi Weyforth Dawson and has two children, Elizabeth and Andrew.Contact a speaker booking agent to check availability on Rhett B. Dawson and other top speakers and celebrities.