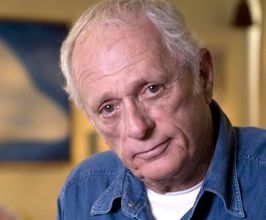 Book Ric O'Barry for your event

Ric O’Barry has worked on both sides of the captive dolphin issue, making him an invaluable asset in the efforts to end exploitation. He worked for 10 years within the dolphin captivity industry, and has spent the past 40 working against it. In the 1960s, O’Barry was employed by the Miami Seaquarium, where he captured and trained dolphins, including the five dolphins who played the role of Flipper in the popular American TV-series of the same name. He also trained Hugo, the first orca kept in captivity east of the Mississippi. When Kathy, the dolphin who played Flipper most of the time, died in his arms, O’Barry realized that capturing dolphins and training them to perform silly tricks is simply wrong.From that moment on, O’Barry knew what he must do with his life. On the first Earth Day, 1970, he launched a searing campaign against the multi-billion dollar dolphin captivity industry and has been going at it ever since. Over the past 40 years, Ric O’Barry has rescued and rehabilitated dolphins in many countries around the world, including Haiti, Colombia, Guatemala, Nicaragua, Brazil, the Bahamas Islands and the United States. He is a leading voice in the fight to end brutal dolphin hunts in Japan, the Solomon Islands, the Faroe Islands, and wherever else they occur.O’Barry has been recognized by many national and international entities for his dedicated efforts, such as being voted Huffington Post’s 2010 Most Influential Green Game Changer, and being listed on O Magazine’s 2010 Power List – Men We Admire for his “Power of Passion.” O’Barry received an Environmental Achievement Award, presented by the United States Committee for the United Nations Environmental Program. He has done countless interviews with such prestigious news programs as Larry King Live, Anderson Cooper 360, the Mike Huckabee Show, and the Oprah Winfrey Show.His book, “Behind the Dolphin Smile,” was published in 1989; a second book, “To Free A Dolphin,” was published in September 2000. Both of them are about his work and dedication. He is the star of the Academy Award-winning documentary “The Cove” and the Animal Planet television series “Blood Dolphins.”In January 2006, O’Barry became Marine Mammal Specialist for Earth Island Institute, where he is also the Director of Earth Island Institute’s Dolphin Project and Save Japan Dolphins Campaign.Contact a speaker booking agent to check availability on Ric O’Barry and other top speakers and celebrities.