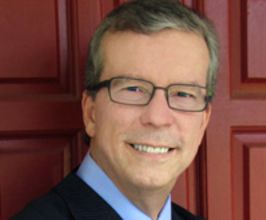 Book Richard Hadden for your event

Rebecca Sive’s career has spanned executive positions−in government, philanthropy, academia, business, and the not-for-profit sector−where she has earned a reputation as a gifted political strategist, writer, and speaker. About Rebecca, Hillary Clinton said:“I am grateful to you for adding your voice to the essential conversation about women’s leadership that we need to have as a country.”Founder of one of the nation’s first women’s centers; among the first modern generation of women appointed to public office, including the Illinois Human Rights Commission at its inception; advisor to and appointee of Chicago’s first African-American mayor, Harold Washington, Sive was among the national leaders who developed women’s issues agendas for presidents Bill Clinton and Barack Obama.Sive’s widely-praised book (2018), Vote Her In: Your Guide to Electing Our First Woman President, makes the case for breaking down the last barrier to American women realizing their dreams of leadership. Her complementary podcast, #VoteHerIn, tracks the movement of women into political leadership inspires women to join it. With over 25,000 Twitter followers, podcast host, Two Broads Talking Politics, is an influential site for progressive political activists.About Sive and her earlier book, Every Day Is Election Day: A Woman’s Guide to Winning Any Office, from the PTA to The White House (2013), Cecile Richards said:“Rebecca: You did such a terrific job with Every Day is Election Day. Advocates like you—dedicated to educating and empowering the next generation of women leaders—make me so confident in our country’s future. I applaud the important work you are doing.”Sive speaks about:Sive created the University of Chicago Harris School of Public Policy women’s public leadership initiative, whose faculty included former White House advisor, Valerie Jarrett, as well as Julia Stasch, Immediate-pas President of the John D. & Catherine T. MacArthur Foundation; and Sian Beilock, President of Barnard College.Sive is listed in the biographical dictionary, Feminists Who Changed America; has received distinguished achievement awards from the Illinois General Assembly; her undergraduate alma mater, Carleton College; and the University of Illinois (from which she received an M.A. in American History), among others. Her op eds have appeared in The Huffington Post, Crain’s Chicago Business, The Hill, and at MSNBC.Sive has spoken at: Starbucks HQ, Bill & Melinda Gates Foundation, Northwestern University Pritzker School of Law, University of Washington Law School, the Women’s Funding Network, National Council of State Boards of Nursing, The Ohio State University, University of Texas, and the Association for Women Journalists, among others.Contact a speaker booking agent to check availability on Richard Hadden and other top speakers and celebrities.