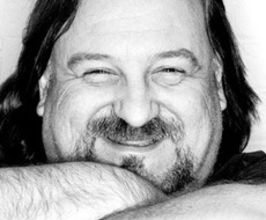 Book Richard Seymour for your event

Co-Founder and Design Director, Seymourpowell Richard Seymour is co-founder of internationally renowned design and innovation company Seymourpowell.As one of Europe’s best known, and most accomplished designers, Richard Seymour’s career spans more than 30 years and a huge range of creative disciplines. During this period, he has become a global champion for design-led innovation, picking up numerous awards along the way, including the D&AD Award for Outstanding Contribution to Design, the FX Lifetime Achievement Award and the Senior Fellowship of the Royal College of Art.Initially trained as a graphic designer and illustrator, Richard moved quickly through advertising and film production design, before setting up Seymourpowell, with Dick Powell, in 1984. Richard is now also consultant global creative director of design to Unilever’s Dove, Axe (Lynx) and Vaseline brands, a trustee of the Design Museum in London and a past president of D&AD.Seymourpowell has produced some of the ‘milestone’ products of the last two decades, including designs for the world’s first cordless kettle and pocket mobile phone. The company’s design innovation work ranges from consumer appliances, electronics and mobile phones, to transportation – including cars, motorcycles, trains and planes. The company has risen to a commanding position on the international stage, with clients as diverse as Unilever, Panasonic, Tefal, LG, Nestle and Diageo . Recent highlights include concept design work for the Virgin Galactic spacecraft as well as a concept design for Samsung Construction and Trading called Aircruise – a giant, vertical airship powered by natural energy and designed to carry travellers in style and luxury. Other specialisms include ethnographic user research, strategy and new product development (NPD), trends and forecasting, product design and development, and 3D structural design and 2D graphic design.Using Seymourpowell’s wide-angled approach, fuelled by parallel knowledge and experience, the company also works with large FMCG companies to re-engineer the fragmented and misunderstood innovation process. Richard Seymour believes passionately that design is not just about being different or more stylish, but about being better – better primarily for people and ultimately therefore also business and the world. Richard and Dick took this idea to television, making 12 programmes for Channel 4 (Equinox, Designs on Your…, and Better by Design) that followed the development of new products, from the genesis of new ideas through to making them happen. They brought fresh thinking to kitchen bins, razors, burglar alarms, the economy airline seat and the all-important shopping trolley. Most famously perhaps was the design of a bra for the bigger bust, and an innovative toilet.More and more of Richard’s time now is spent helping large international companies understand what lies before them in the future, and finding ways to ‘rewire’ them to better face these challenges. He is a formidable public speaker, creative director (a role he undertakes for several of Unilever’s global brands), futurist, foody and occasional musician.Richard holds an Honorary Doctorate from the College for Creative Studies in Detroit, an Honorary Masters from the Surrey Institute and is also a Senior Fellow of the Royal College of Art.Contact a speaker booking agent to check availability on Richard Seymour and other top speakers and celebrities.