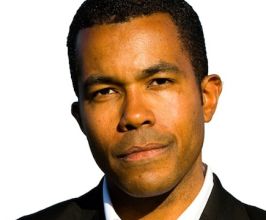 A leading expert on civil rights and anti-discrimination law, Richard Thompson Ford has distinguished himself as an insightful voice in the ongoing cultural dialogue involving race and multiculturalism. He is currently the George E. Osborne Professor of Law at Stanford Law School. His newest book, titled The Race Card, deals with hot button questions of race and racism with cool-headed objectivity and ideological balance.He has published regularly on the topics of civil rights, constitutional law, race relations and anti-discrimination law in Slate, the Boston Review, the San Jose Mercury News and the San Francisco Chronicle as well as in several prestigious academic journals including the Harvard Law Review and the Stanford Law Review. He has lectured internationally, speaking to audiences at the most prestigious law schools in the nation, and to lawyers, politicians and scholars in London, Milan, Bologna, Lisbon, Cape Town and Reykjavik. He is the author of Racial Culture: a Critique published by Princeton University Press in 2004.Before joining the Stanford Law School faculty in 1994, Ford was a Reginald Lewis Fellow at Harvard Law School, a litigation associate with Morrison & Forester, and a housing policy consultant for the City of Cambridge, Massachusetts. He has also been the Commissioner of the Housing Authority of San Francisco.TopicsThe Race Card: Racism Without RacistsWhen people complain of racism, it’s typical to assume there must be a blameworthy racist who should be made to pay. But many of today’s racial injustices are not caused by simple prejudice; instead, they are the legacies of the racial caste system of our recent past, entrenched by the inertia of class hierarchy and reinforced by the unforgiving competition of capitalist markets. As a result, many people have legitimate grievances, but no racist to blame for them. The victims of the injustices will correctly blame racism, but too often they will incorrectly try to find someone to label a racist. Skeptical observers who see no racists will conclude that the complaint is unreasonable and perhaps dishonest. Today, one of the most pressing social justice issues is the problem of racism without racists.This lecture will examine the phenomenon of racism without racists. In pursuit of this idea Professor Ford will take you to storm damaged parishes of the Big Easy, the mean streets of New York and the fashionable boutiques of Paris’s Rive Droite. Was Hurricane Katrina a racial justice issue? When a Yellow Cab ignores a black man’s hail, is it racism? If store clerk is surly to a black customer, can we conclude that she’s a bigot?The Race Card: Racism By AnalogyThe success of the civil rights movement inspired a host of other groups to frame their struggles in similar terms. Feminists, gays and lesbians, the disabled and the elderly are just a few of the groups who have successfully made explicit analogies to the cause of racial justice. Conservatives attacked affirmative action as “reverse racism.”Multiculturalism redefined racism as aversion or prejudice based, not on skin color or heredity, but on “culture.” And host of interest groups, such as dog owners, the obese, and cigarette smokers have implausibly but insistently compared their causes to the struggle against racism. At best, these claims seek to extend the principles underlying civil rights to new situations. But at worst, these claims seem to define “bigotry” so broadly that the losing side of almost any social or political conflict can claim to be the victims of racism-like bias. Today almost anyone can play the race card because of the explosion of claims of racism by analogy.The Race Card: The Clash of EndsThe practical goals of civil rights are contested. During the Jim Crow era, anti-racists agreed that the goal was to dismantle explicitly discriminatory practices and formally enforced segregation. But it wasn’t clear whether the ultimate goal was to achieve formal legal equality, economic equality or whether there was a more substantive commitment to social integration. With blatant discrimination on the wane, it’s become obvious that anti-racists don’t agree on the ultimate goal: mainstream liberals favor social integration, but black nationalists and some multiculturalists reject integration in favor of racial solidarity and cultural autonomy.When the ultimate goal is contested, it can be hard to tell what furthers racial justice and what hinders it. For instance, affirmative action is inconsistent with formal equality but it furthers economic equality and integration; separate ethnic and racial organizations and clubs promote solidarity and cultural autonomy but violate norms of equality and cut against social integration. This can produce a Catch-22 where any course of action will be “racist” according to someone. I call this problem the clash of ends. This lecture will look at conflict over the ultimate goals of the civil rights movement.Contact a speaker booking agent to check availability on Richard T. Ford and other top speakers and celebrities.