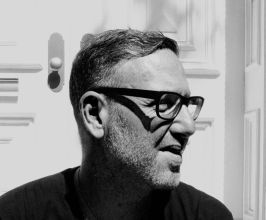 Book Rob Holzer for your event

Rob Holzer founded Matter Unlimited in order to harness the power of brands through advertising, digital marketing and branding to drive positive, lasting change in the world. Under Rob’s leadership, Matter Unlimited has created powerful integrated and multimedia campaigns for client partners including Facebook, HP, Merck For Mothers, UNICEF, ABC/Disney, NBC Universal, Kimpton Hotels and TED. In 2015, Rob and his team launched a virtual reality (VR) film series featuring global stories of social change, titled “Inside Impact”. The first film, Emmy-nominated “Inside Impact: East Africa,” is a journey with President Clinton through the Clinton Global Initiative’s work in the region.Over the past 20 years, Rob has been on the front line of innovation in advertising, digital marketing, and branding. His groundbreaking work for GE’s “Ecomagination”​ campaign and Obama’s HopeActChange.com site created a new barometer for success in the industry and set the stage for a new form of strategic partnership between agency and client.Prior to creating Matter, Rob was founder and CEO of Syrup which he created in 1998. In 2007, he successfully navigated Syrup through their acquisition by LBi (now part of Publicis). Rob’s client roster includes The White House, TED, Clinton Global Initiative, PUMA, GE, Abbott, Calvin Klein, NewsCorp, MTV/Viacom, Gucci Group, Christian Dior, L’Oréal, Speedo, Google, and AOL among others.Rob serves as an industry expert for Hyper Island, the Interactive Advertising Bureau (IAB), Sustainable Brands Conference, AIGA, The Art Director’s Club, The One Club, NYU, and the League of Advertisers, and is often asked to appear as guest speaker on digital strategy and integrated advertising. He is a certified Shared Value Initiative Affiliate and is a mentor for Brazil-based technology accelerator 21212. Rob volunteers as a mentor for global entrepreneurial non-profit organization Endeavor.org and is the board chair for the non-profit Lineage Project.Specialties: Brand Strategy, Digital/Integrated Marketing, Advertising , Interactive DevelopmentContact a speaker booking agent to check availability on Rob Holzer and other top speakers and celebrities.