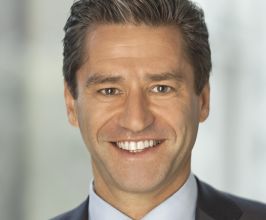 Book Rob Marcus for your event

Robert D. Marcus is President and Chief Operating Officer of Time Warner Cable. He oversees Residential Services, serving more than 14.7 million customers in 29 states; Business Services, serving more than 579,000 small, medium and enterprise sized businesses; Media Services, the company’s advertising arm; and Technology and Network Operations.On July 25, 2013, the company announced Mr. Marcus will become Time Warner Cable’s Chairman and Chief Executive Officer on January 1, 2014, succeeding Glenn A. Britt, who will retire at the end of 2013. Mr. Marcus also was named a member of the company’s Board of Directors, effective July 25, 2013.Mr. Marcus was named President and Chief Operating Officer in December 2010. He had served most recently as Senior Executive Vice President and Chief Financial Officer. His many accomplishments at Time Warner Cable include orchestrating the company’s spinoff from Time Warner Inc. in 2009, its move to a publicly traded company in 2007, and several key acquisitions and mergers that expanded its footprint and services. Under his financial leadership, the company established a disciplined capital allocation strategy that has been emulated by many other leading S&P 500 companies.Mr. Marcus joined Time Warner Cable in August 2005 as Senior Executive Vice President, overseeing corporate groups including mergers and acquisitions, law, business affairs, programming and human resources. In January 2008, he assumed accountability for finance functions, adding Chief Financial Officer to his title. From 1998 until he joined Time Warner Cable, Mr. Marcus held various positions at Time Warner Inc., including Senior Vice President of Mergers and Acquisitions. From 1990 to 1997, he practiced law at Paul, Weiss, Rifkind, Wharton & Garrison, where Time Warner Inc. was his client.Mr. Marcus received a J.D. from Columbia Law School in 1990, where he was a Harlan Fiske Stone Scholar and an editor of the Columbia Law Review. He earned a B.A., magna cum laude, from Brown University in 1987.Mr. Marcus serves on several boards including the National Cable & Telecommunications Association (NCTA), CableLabs, the Museum of the Moving Image and New Alternatives for Children (NAC), a New York City-based non-profit organization that provides support of birth, foster and adoptive families caring for children with special medical needs at home.Time Warner Cable is among the largest providers of video, high-speed data and voice services in the U.S., connecting more than 15 million customers to entertainment, information and each other.Contact a speaker booking agent to check availability on Rob Marcus and other top speakers and celebrities.