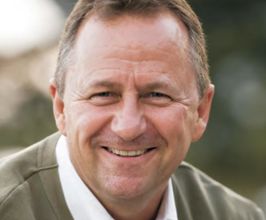 Rob has been engaged over 1630 times as a speaker, corporate trainer, MC and host from North America to the shores of New Zealand, Australia and into SE Asia.

Book Rob Salisbury for your event

Rob has been engaged over 1630 times as a speaker, corporate trainer, MC and host from North America to the shores of New Zealand, Australia and into SE Asia.A California University graduate with Fortune 500 experience, he is comfortable with those in senior management, to board level and those on the front lines of business.With stimulating ideas and answers, he has provided a wide range of solutions to over 400 SME’s, educational organizations and corporations since the early 1980’s.Rob is NOT known as a TV celebrity, retired sports hero or entertainer who sings and dances. Clients DO know him having helped them surpass their business objectives, personal endeavours and team achievements time and time again.He has received acclaim from business owners to CEO’s including best selling authors such as Tom Hopkins, Anthony Robbins and Brian Tracy for the positive resultsattained from helping their business enterprises in the last 20 years.One of only 490 speakers worldwide to have earned the Certified Speaking Professional (CSP) accreditation, it is the highest speaking designation awarded to members of the National Speakers Association and the International Federation of Professional Speakers.Active in community, he is an Honorary Rotarian, has worked with many Chambers of Commerce and as a former Board Member of the National Speakers Association. Former two term President, Sydney NSW National Speakers Association Chapter, Rob and his (volunteer / non profit) executive leadership team rebuilt Sydney into the largest members based speakers’ chapter of 65 worldwide.Client companies include DHL Asia Pacific, Key Media (Singapore), Dennis Wee Realty (Singapore), Vietnam Airlines, the British Chamber of Commerce, National Australia Bank, Optus Telecommunications, AMP, Braynart Publishing and as an adjunct lecturer at various Universities, TAFE colleges and learning centres.Creator and co-author of the best selling 3 CD program, “How to MC Just About Anything”, Rob has been a host, MC or panel moderator for up to 30 events each year for associations, corporations, charities and chambers of commerce since 2000. ‘Results is the name of the game’. One of many reasons he is booked by clients.Contact a speaker booking agent to check availability on Rob Salisbury and other top speakers and celebrities.