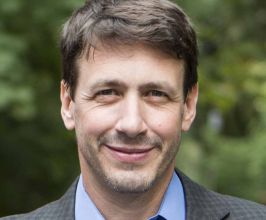 Book Robert Biswas-Diener for your event

Dr. Robert Biswas-Diener is highly sought after as a speaker on the topics of courage, happiness, strengths, well-being, and culture. He is able to spin his unusual research experiences with overlooked groups into keynote gold.Robert has presented keynote lectures, panels, and other presentations to groups ranging from medical doctors to financial planners to social service workers. Rather than trot out his one trick pony Robert takes pride in tailoring each presentation to his unique audiences. He is especially passionate about the following topics: money and happiness, psychological health and resilience, courage, culture and happiness, friendship, empathy, the profession of coaching, and positive psychology. Robert typically books presentations 6 months to 1 year in advance, but there is always the possibility of last minute scheduling depending on circumstances.Robert is a recognized authority on the application of positive psychology to the coaching endeavor. He retains a small coaching practice and particularly enjoys working with managers, entrepreneurs, and creatives.Robert’s coaching is energetic, challenging and smart. He particularly enjoys working with mid-life professionals who want to reinvigorate their lives, start a creative project or transition into business ownership. Don’t tell anyone but Robert uses his private coaching practice as a laboratory in which he can try new interventions rooted in the science of positive psychology such as those related to provoking curiosity or boosting personal courage. Robert’s coaching practice typically has a three month waiting list. If you are interested in coaching with him please contact for more information.Dr. Robert Biswas-Diener first took pen to hand when he attended the Interlochen Arts Academy as a creative writing major. He has leveraged his passion for narrative into a career as an author who can translate scientific jargon into plainspeak. Robert has written a number of books including Happiness: Unlocking the mysteries of psychological wealth and The Courage Quotient.Robert has also written a number of books on positive psychology for professionals. These titles include The Upside of Your Dark Side (2014), Positive Psychology Coaching (2007), Practicing Positive Psychology Coaching (2010), The Strengths Book (2010) and edited the multi-disciplinary volume Positive Psychology as Social Change (2011). Robert has served as author and editor for a series of positive psychology workbooks including Positively Happy, Positive Motivation, Positively Mindful and Positive Identities, all available from Amazon.com. Among his crowning achievements is the fact that Robert acts as senior editor for the free-textbook platform, Noba. As a trainer Robert is widely known for his dynamism, storytelling acumen, and experiential approach. He has trained thousands of professionals from 22 countries on 6 continents. He specializes in the practical application of positive psychology to the workplace and to professional development.Robert is expert at tailoring trainings to meet the schedule and needs of international audiences and organizations. He has trained professionals from Kaiser Permanente, Deloitte, Ruby Receptionists and many other organizations. He is able to present half day, full day, and multi-day trainings up to five consecutive days. These trainings include: happiness in the workplace, strengths development for individual and business performance, curiosity as a problem solving tool, boosting courage, coaching skills, positive psychology coaching, and many other topics.Contact a speaker booking agent to check availability on Robert Biswas-Diener and other top speakers and celebrities.