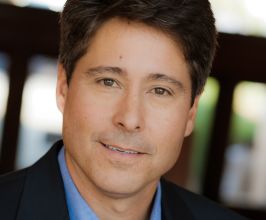 Book Robert Dugoni for your event

A writer turned lawyer turned writer. Robert Dugoni was born in Idaho and raised in Northern California, the middle child of a family of ten siblings. Dugoni jokes that he didn’t get much of a chance to talk, so he wrote. By the seventh grade he knew he wanted to be a writer.Dugoni wrote his way to Stanford University, receiving writing awards along the way, and majored in communications/journalism and creative writing while working as a reporter for the Stanford Daily. He graduated Phi Beta Kappa and worked briefly as a reporter in the Metro Office and the San Gabriel Valley Office of the Los Angeles Times.Dugoni attended the UCLA law school and practiced law for 13 years in San Francisco. His longing to return to writing never wavered, however, and in 1999 he awoke one morning and made the decision to quit law and write novels. On the 4-year anniversary of his wedding day, keeping a promise to his wife, he drove a u-haul trailer across the Oregon-Washington border and settled in Seattle to pursue his dreams.For the next three years, Dugoni worked daily in an 8 foot by 8 foot windowless office in Pioneer Square to complete three novels, winning the 1999 and 2000 Pacific Northwest Writer’s Conference Literary Contests.Dugoni’s first novel, The Jury Master, followed and became a New York Times bestseller. Deadly Pleasures mystery magazine chose The Jury Master as one of three “Best of the Best” debut novels of 2006 and the Seattle Times likened Dugoni to a young John Grisham, calling The Jury Master, “A riveting tale of murder, skullduggery and treachery at the highest level.”Dugoni’s second novel, Damage Control, reached number 8 on several national independent bookseller’s lists. Publisher’s Weekly and Library Journal called Damage Control “a page turner” with “a fast moving plot and a few twists that will surprise even seasoned thriller readers.”Wrongful Death, Dugoni’s second novel featuring Dugoni’s popular protagonist, David Sloan, received critical acclaim. Kirkus called it, “An entertaining thriller about a hotshot lawyer with good guys to like, villains to hiss, and windmills to attack..” And Booklist wrote, “Mixing the suspense of a Grisham legal thriller with the political angle of a Baldacci. Dugoni is knocking on the A-list thriller door.”June 2010, Dugoni released his third in the David Sloane series, Bodily Harm, which Library Journal chose as one of the top five thrillers of 2010. The Providence Rhode Island Journal wrote that Bodily Harm branded Dugoni as “The undisputed king of the Legal Thriller.”Dugoni’s fourth in the series, Murder One, was released June 2011 and hailed as a cross between Presumed Innocent and Basic Instinct. Publisher’s Weekly called it “the best yet in the series” and Library Journal again chose it as one of the top five thrillers of 2011. The Miami Examiner wrote, “Dugoni should be cloned.” It was a finalist for the prestigious Harper Lee Award given by the University of Alabama School of Law and American Bar Association.The Conviction, the fifth in the David Sloane series will be released June 2012 and again hailed. The Associated Press wrote, “The names John Grisham and Scott Turow are mentioned when discussing the legal thriller genre. Robert Dugoni is as good, if not better.” TheProvidence Rhode Island Journal agreed. “The Conviction isn’t just the best legal thriller of the year, it’s one of the best thrillers period.”Dugoni’s first in the Tracy Crosswhite series will be released November 1, 2014 by Thomas and Mercer. Crosswhite, Seattle’s First Female Homicide detective is on a twenty-year quest to find out who abducted and murdered her younger sister. The answer will shock her, and open horrifying new dangers. Look for the prequel, The Academy, also to be released by Thomas and Mercer this September.Contact a speaker booking agent to check availability on Robert Dugoni and other top speakers and celebrities.