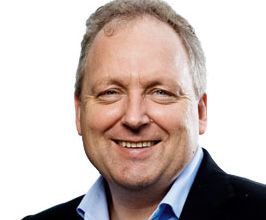 Book Rod Drury for your event

Rod Drury is CEO and founder of accounting software provider, Xero. Headquartered in New Zealand, Xero is a cloud-based accounting solution tailored to the needs of small to mid-size businesses. Features include account management, billing, invoices, expense reporting, and payroll (this last is currently limited to the U.K., Australia, New Zealand, and 9 U.S. states). Xero also integrates with over 400 other applications which facilitate nearly all aspects of business operation, including inventory management, CRM, and POS. Some of these are only available to certain countries; in the U.S., there are about 350 integrations available.Drury founded the company in 2006. He also serves on the board of TradeMe (New Zealand’s largest auction site), and in addition to establishing Xero, he has founded Context Connect and Glazier Systems (now Intergen). His numerous accolades include the NZ Hi-Tech “Entrepreneur of the Year” award (twice), Honorary Fellow of the Institute of IT Professionals, and induction into the NZ Hi-Tech Hall of Fame. Like its founder, Xero has garnered its share of awards over the years, including the 2015 CPA Practice Advisor’s Reader’s Choice Award for Best Online Invoicing/Bill Payment Solutions, Australia’s National iAward for Payroll in 2013, and Best Client Software at the British Accountancy Awards in 2013. In 2014, Xero was named the #1 Most Innovative Growth Company by Forbes Magazine. Xero is a publicly traded company with a staff of over 1,000. The software supports over 475,000 businesses and nearly 16,000 accounting firmsDrury himself claims several awards. He was awarded the Hi-Tech New Zealand "Entrepreneur of the Year" award in 2006 and 2007. In August 2008, he was named Honorary Fellow of the New Zealand Computer Society during the 2008 New Zealand Computerworld Excellence Awards. In 2013, Drury was named Ernst and Young Entrepreneur of the year. Drury completed his BCA at Victoria in 1987.Contact a speaker booking agent to check availability on Rod Drury and other top speakers and celebrities.