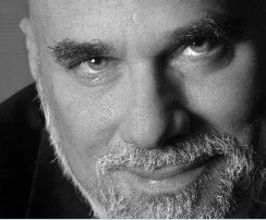 Roger C. Schank directs the Institute of the Learning Sciences at Northwestern University.

Book Roger Schank for your event

The Institute embodies Schank’s concepts for conducting leading edge interdisciplinary research in human learning, providing software solutions for education and accomplishing the successful transfer of artificial intelligence technologies from the university environment to the real world.Schank holds a Ph.D. in linguistics from the University of Texas. He began teaching at Stanford in 1968, as an Assistant Professor of Linguistics and Computer Science. He moved on to Yale in 1974, where he eventually served as chairman of the computer science department and as director of the Yale Artificial Intelligence Project. He also spent time abroad, first as a research fellow at the Institute for Semantics and Cognition in Castagnola, Switzerland (1973) and later as a visiting professor at the University of Paris VII (1985-86). He is now John Evans Professor of Electrical Engineering and Computer Science, Professor of Psychology and Professor of Education at Northwestern University.Schank founded and served as president of two software development companies: Cognitive Systems. Inc. and CompuTeach, Inc. Cognitive Systems, Inc. specializes in developing knowledge-based natural language computer systems. CompuTeach, Inc. creates and markets educational software for personal computers. He was also the founder of the Cognitive Science Society and a co-founder of the “Cognitive Science Journal”.In 1989, Schank came to Northwestern to establish the Institute for the Learning Sciences, with the support of Andersen Consulting and Ameritech. The staff now includes 21 faculty and researchers, 42 programmers and content specialists, 50 graduate students, and 20 interns and visiting staff. Faculty and students study language, thought, and memory in order to gain insight into human processes ranging from problem solving and decision making to emotional responses. These processes are the modeled in software that emulates human reasoning, planning, learning and conversing. Reflecting its interdisciplinary philosophy, the faculty is drawn from a variety of departments and schools at Northwestern, including the Department of Electrical Engineering and Computer Science, the School of Education and Social Policy and the Department of Psychology.Schank is the author of over a dozen books, including “Scripts, Plans, Goals and Understanding” (with Robert Abelson), “Dynamic Memory: A Theory of Learning in Computers and People”, “The Cognitive Computer: On Language Learning and Artificial Intelligence” (with Peter Childers), “Tell Me a Story” and “The Connoisseur’s Guide to the Mind”. He is also widely published in journals and is invited regularly to speak in this country and abroad on artificial intelligence, learning, and improving schools.Contact a speaker booking agent to check availability on Roger Schank and other top speakers and celebrities.