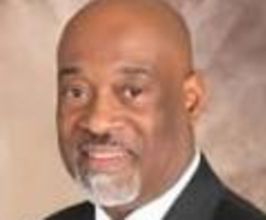 Book Ronald Ancrum for your event

onald E. Ancrum lives in eastern Massachusetts, but he will soon move closer to his roots.The 59-year-old Connecticut native becomes president of the Community Foundation of Western Massachusetts July 15, and he is excited about the opportunity.“We’re starting with a solid foundation,” said Ancrum, who was unanimously elected last week by the foundation’s trustees to succeed Kent W. Faerber, the foundation’s president for more than 10 years.Ancrum has a positive outlook despite the Springfield-based foundation’s assets having dropped from $126 million to $90 million in the past year, mostly because of the impact of the stock market meltdown.Over the years the foundation has made gifts to hundreds of charities and helped bankroll dozens of projects. Last year the foundation gave out $10 million in grants, scholarships and education loans to 890 students and 158 organizations.Ancrum, who was born in Stamford, Conn., and currently lives in Canton, has spent the past eight years as president of Associated Grant Makers, a Boston-based association for foundation- and corporate-giving programs serving Massachusetts and New Hampshire. Ancrum also worked for nearly 20 years, mainly in admissions counseling, at Connecticut College, Colgate University and the University of Massachusetts-Boston.Ancrum is also a Commonwealth Corps commissioner, appointed by Gov. Deval L. Patrick to help guide the corps, which helps nonprofits organize volunteer help.“Ron is passionate about community work and … addressing the critical issues facing our communities,” said Northwestern District Attorney Elizabeth D. Scheibel, chairwoman of the foundation’s trustees. “His knowledge about foundation work is extensive, and we know he will be an incredible resource for all of us.”Ancrum said he plans to reach out to nonprofit organizations, municipal government, educators and the business community. He will also be out and about in Western Massachusetts before he begins his new job.“I’m going to be spending some time out in the area networking,” he said.Ancrum earned his undergraduate degree in music theory and composition from the University of Connecticut and a master’s in public affairs from the University of Massachusetts-Boston. He is married to Pam Cross, a reporter and anchorwoman for WCVB-TV, Channel 5, in Needham. The couple have a daughter, Erica Ancrum.Contact a speaker booking agent to check availability on Ronald Ancrum and other top speakers and celebrities.