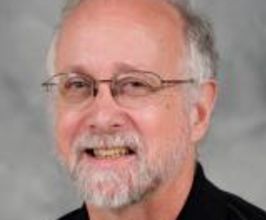 Roboticist and Roboethicist; Regents’ Professor in the School of Interactive Computing, College of Computing at the Georgia Institute of Technology

Ronald Craig Arkin is a roboticist and roboethicist, and a Regents’ Professor in the School of Interactive Computing, College of Computing at the Georgia Institute of Technology. He is known for the motor schema technique in robot navigation and for his book Behavior-Based Robotics.Shortly after receiving his Ph.D., Ronald Arkin joined the School of Information and Computer Science (now College of Computing) at the Georgia Institute of Technology and founded the Mobile Robot Laboratory. He became a Regents’ Professor in 2002 and was the first person to hold such honor in the College of Computing’s history. From August, 1997 to August, 1998, Arkin was a STINT Visiting Professor at the Centre for Autonomous Systems, Royal Institute of Technology, Stockholm, Sweden. He served as the Sabbatical Chair for the Sony Intelligence Dynamics Laboratory, Tokyo, Japan, from June, 2005 to October, 2005, and was also a member of the Laboratory for analysis and architecture of systems at the Centre National de la Recherche Scientifique, Toulouse, France.In 2006, the United States Department of Defense contracted Arkin to conduct a study to determine if military robots could be made to operate ethically. The goal is to create a robot with an “artificial conscience” such that, for example, it might refrain from firing weaponry when children were detected, or to even understand the laws of war and apply them in battle. “My intention in designing this is that robots will make less mistakes—hopefully far less mistakes—than humans do in the battlefield,” Arkin says.Ronald Arkin received a B.S. from the University of Michigan, Ann Arbor in 1971 and an M.S. from the Stevens Institute of Technology in 1977. He was a faculty member of Hawthorne College in Antrim, New Hampshire from 1977 to 1989, serving as the Computer Science Depart Chair from 1986 to 1989. In 1985, he joined the Laboratory for Perceptual Robotics and VISIONS groups at the University of Massachusetts Amherst, and received a Ph.D. in 1987.Contact a speaker booking agent to check availability on Ronald C. Arkin and other top speakers and celebrities.