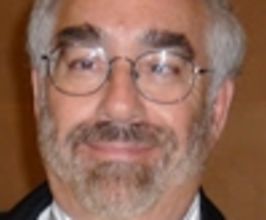 Ronald Weissman has more than 25 years of experience in high technology investing and operations and has served as a Director for more than twenty-five companies and has been an advisor to more than forty venture-backed companies. As an investor, his current focus is on information access technologies, infrastructure software, healthcare IT and analytic and SaaS business applications. He is also an active advisor to many public and private organizations on marketing, business strategy, M&A and corporate development.Weissman heads the Software Special Interest Group at the Band of Band of Angels, Silicon Valley’s oldest angel investor group and is a Partner in the group’s Acorn Fund. He also assists a number of venture capital and private equity firms including Greycroft, LLR Partners, Trident Capital and Apax Partners, for whom he manages technology investments in Apax’s venture portfolio. He was, until recently, a partner at Apax until the firm exited the venture capital market.Weissman is on the boards of Chiliad (highly scalable federated search) and Attensity (text analytics). He managed the recent sale of Attensity to Aeris Capital and remains on the Board). He is Executive Chairman of Host Analytics (SaaS-based CPM) and of MarketBright (marketing automation via SaaS). He has recently been an advisor and/or investor in a number of other early stage companies, including Allocade (patient management), Cataphora (legal analytics), Grid Agents (energy monitoring for utilities), Modius (data center power management), Peoplechart (personal health records), Practice Fusion (electronic medical records), Ravenflow (natural language requirements documentation) and Sonim (handsets for the grey collar market). He is also currently on the boards of Apax portfolio companies CenterBeam (mid-market infrastructure management via SaaS), Composite Software (data integration for BI), Planview (enterprise portfolio management) and Transera (call center SaaS virtualization) and is board observer for Perfect Commerce (procurement management) and Peregrine Semiconductor (sapphire on silicon technology for high density applications).In addition to current directorships, he has served as an advisor, observer or director for many early stage companies, including BlueArc, Bristol Technologies (sold to HP), Confluent Software (sold to Oblix/Oracle), Global Factory, HAL Knowledge Systems, Icarian (sold to Workstream), INEA (sold to Cartesis / Business Objects / SAP), Lexiquest (sold to SPSS), Mesh Networks (sold to Motorola), Milcom Technologies, Pictage, Planview, Plexus Online, Preventsys, Promethean, Solid Information Technologies (sold to IBM), Sysis, Tideway and Visalign (sold to CDC). He has served as acting VP of Marketing for several Apax companies including Composite and BlueArc.Prior to joining Apax Partners, he was vice president of global marketing and corporate development for Verity, the industry leader in enterprise information management. During his tenure, the company’s executive team was named the large company Turnaround of the Year (1999) by the Turnaround Management Association after Verity gained dominant market share and saw its valuation grow from $50 million to more than $1.7 billion. Prior to Verity, He spent more than five years at NeXT Computer, where he managed European and corporate marketing and managed much of the company’s transition from hardware to software, and Filoli Information Systems (insurance claims management) where he was VP of Sales and Marketing and acting co-CEO.A frequent conference speaker, he has published or lectured extensively on venture capital trends and issues, the management of early stage venture-backed companies and software trends and has been an advisor to many public and private companies, including Apple, NeXT, Sun Microsystems, IBM and Microsoft as well as many departments of the U.S. government (Energy, Agriculture, DoD, the intelligence community) and was a co-author of the Academy of Public Administration/National Archives’ study of the future of electronic recordkeeping in the federal government. Weissman was one of three IT industry leaders profiled in the 2003-2006 Price Waterhouse Coopers Technology Forecast where he discussed the future of information retrieval and knowledge management. Prior to joining NeXT, Weissman was Vice President of Academic Computing at Brown University. Prior to Brown, he was Associate Professor of History and Director of University Computing for the University of Maryland system.A member of Phi Beta Kappa and a Fulbright Scholar, he received his BA, MA, and Ph.D. degrees from the University of California at Berkeley. He chairs the Emerging Technologies Forum of the Venture Capital Task Force, is a member of the Task Force’s Executive Committee, is on the advisory board of SVASE (Silicon Valley Association of Startup Entrepreneurs) and serves on the advisory boards of market research firm BASEX, Stanford University’s SQSS (Stanford Program for the Quantitative Study of Society) and the marketing council of the Entrepreneurs’ Foundation. He is an Overseer of the University of Pennsylvania Libraries and an Associate Trustee of the University. He is also a member of the San Francisco Opera’s Corporate Council and Medallion Society. He serves as Secretary of the Board of San Francisco Classical Voice, the Bay Area’s premier community site for classical music.His interests include music, photography, entrepreneurship and European history.Contact a speaker booking agent to check availability on Ronald F.E. Weissman and other top speakers and celebrities.