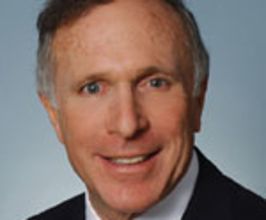 Book Ronald Shapiro for your event

Expert Negotiator, Sports Agent, Attorney, Educator, New York Times Bestselling Author, and Civic Leader, Ron Shapiro attended Haverford College and graduated Cum Laude from Harvard Law School in 1967.  After moving to Baltimore in 1967 for a federal clerkship, he began teaching law school in 1968. From 1972 to 1974 Mr. Shapiro served as Maryland State Securities Commissioner and earned a reputation as one of the most effective state investment officials in the nation.  In 1972 he founded what is now known as Shapiro Sher Guinot & Sandler, a prominent Baltimore law firm.  Subsequently, in 1976 Mr. Shapiro founded Shapiro, Robinson & Associates, a sports management firm that developed a national reputation through its holistic approach to contract negotiation, sound financial management, and commitment to community involvement on the part of its clients. In 1995 he founded Shapiro Negotiations Institute, a negotiation seminar and consulting firm that has trained over 350,000 professionals in the art of negotiation, dealing with difficult personalities, and enhancing preparation and listening skills.USA TODAY called Ron Shapiro “one of baseball’s most respected agent-attorneys,” and THE SPORTING NEWS named him one of the “100 most powerful people in sports.” His impressive list of clients includes more Hall of Famers than any other agent, including Cal Ripken, Jr., Jim Palmer, Brooks Robinson, Kirby Puckett, and Eddie Murray, who have benefited from the more than one billion dollars in contracts that Mr. Shapiro has negotiated.   In addition, Mr. Shapiro is the Special Advisor to the owner of the NFL Baltimore Ravens and to the General Manager of the NBA San Antonio Spurs.In October 1998, Mr. Shapiro’s book, THE POWER OF NICE: HOW TO NEGOTIATE SO EVERYONE WINS- ESPECIALLY YOU! (Revised Edition, 2001) was published by John Wiley & Sons, Inc. THE POWER OF NICE® was excerpted in FORTUNE MAGAZINE and named one of the “Top Ten ‘On the Job’ Business Books of the Year” by the LIBRARY JOURNAL. Mr. Shapiro’s second book, BULLIES, TYRANTS & IMPOSSIBLE PEOPLE: HOW TO BEAT THEM WITHOUT JOINING THEM, published by Crown imprint of Random House in June 2005, made the Wall Street Journal’s Best Seller List. Mr. Shapiro’s third book, DARE TO PREPARE: HOW TO WIN BEFORE YOU BEGIN, published by Crown Business imprint of Random House in January 2008, made the New York Times, Business Week and the Wall Street Journal’s Best Seller Lists, was named the winner in two categories in the National Best Books 2008 Awards by USA Book News, and named Gold medal winner of the Success & Motivation category of the 2009 Axiom Business Book Awards.Mr. Shapiro also authored more than 20 law journal articles; co-authored books on corporate and securities law; founded Maryland’s major bar review course; and began a legal publishing company. He taught at the Johns Hopkins University, the University of Maryland School of Law, and the University of Baltimore School of Law where he was honored for teaching excellence.  Mr. Shapiro was named the 1996 Edward B. Shils Lecturer in Arbitration and Alternative Dispute Resolution at the University of Pennsylvania Law School. A charismatic and creative individual, Ron Shapiro appeared as a negotiations expert on ABC’s “Good Morning America,” CNBC’s “Power Lunch,” Mutual Radio’s “The Larry King Show,” National Public Radio’s “Morning Edition,” and “Talk of the Nation,” ABC’s “Nightline,” and ESPN’s “Mike and Mike in the Morning,” and “Up Close.” Mr. Shapiro hosted a weekly talk show, “Front Page,” and “Special Edition,” a series of prime time specials, both on NBC Baltimore affiliates.  In addition, he also appeared as a panelist on “Square Off” on CBS’s Baltimore affiliate.Committed to public and civic matters, Mr. Shapiro has chaired over 25 boards of charitable and community organizations, including Peace Players International, the Johns Hopkins Children’s Center, St. Ambrose Housing Aid Center, Partnership for Homecoming Campaign, the University of Maryland Cancer Center Advisory Board, and the Baltimore Educational Scholarship Trust, as well as serving on numerous others.  He was also Treasurer and Finance Chairman for former Baltimore Mayor Kurt Schmoke. Mr. Shapiro has received numerous special honors and recognition including Chimes Hall of Fame for contributions and community service, American Sportscasters Association Hall of Fame Mel Allen Service Award for distinguished public service, Cheltenham High School Hall of Fame in recognition of outstanding personal and career achievements, Maryland Marketing Statesman of the Year, the City of Baltimore Citizen Citation for assistance and special contributions to the public schools and the citizens of Baltimore, and the Children’s Guild award for “Making the Impossible – Possible.”  The Ronald M. Shapiro Research Award and Lecture was established in recognition of Mr. Shapiro’s service at the Geenebaum Cancer Center of the University of Maryland. In June 2003, Stevenson University awarded Mr. Shapiro the Honorary Doctor of Humane Letters degree, and in 2004 he was presented with The Forman Award, as a superior Haverford College Athlete who has devoted himself to the betterment of society. SmartCEO Magazine recognized Mr. Shapiro as one of the “Twenty Most Admired Leaders” in May 2006.  Ron also has been named one of Maryland’s Super Lawyers.Mr. Shapiro’s dispute resolution techniques have settled a major symphony orchestra strike, facilitated solutions to human relations problems, and resolved disputes in governmental, corporate, and major biotechnology challenges.  Mr. Shapiro has negotiated on behalf of, or served as deal coach to, Fortune 500 companies, government agencies, as well as entertainment and news personalities. Ron Shapiro is frequently cited by parties representing each side in a negotiation as the ultimate “Win-Win” negotiator.Contact a speaker booking agent to check availability on Ronald Shapiro and other top speakers and celebrities.