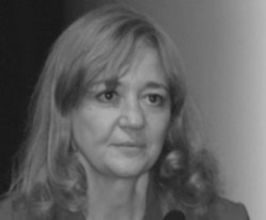 Dr. Rosina M. Bierbaum was confirmed as the Associate Director for Environmentin the Office of Science and Technology Policy (OSTP) on July 30, 1998.

Book Rosina Bierbaum for your event

Dr. Bierbaum joined OSTP in November 1993 as a Senior Policy Analyst andserved as Assistant Director for Environment before being promoted to hercurrent position.  As Associate Director, she is the Administration’ssenior scientific advisor on environmental research and development. She is responsible for scientific input and guidance on a wide range ofissues, including global change, air and water quality, endangered species,biodiversity, ecosystem management, endocrine disruptors, environmentalmonitoring, natural hazards, and energy research and development.  Rosina works closely with the President’s National Science and TechnologyCouncil (NSTC), co-chairing its Committee on Environmental and NaturalResources, which coordinates Federal research and development efforts inthis area.  She is a member of the Scientific Advisory Board of theStrategic Environmental Research and Development Program at the Departmentof Defense, and serves as the OSTP liaison to the National Ocean ResearchLeadership Council.  Dr. Bierbaum was the Head of the U.S. Delegationto Intergovernmental Panel on Climate Change Plenary Meeting in 1999, afterserving as the alternate Head of Delegation in 1998 and 1996.From 1980 to 1993, Rosina worked at the Congressional Office of TechnologyAssessment (OTA) on environmental issues such as acid rain, ozone depletion,pollution of marine resources, sustainable development, energy supply anddemand, and global warming.  In 1980, she was awarded a one-year CongressionalFellowship at OTA, leading to a position as Assistant Project Directorfor Acid Rain in 1982, then Senior Analyst in 1985, and Project Directorfor Climate Change in 1988.  In 1991, she was awarded OTA’s highesthonor — Senior Associate.Dr. Bierbaum has contributed to nine assessments published by OTA onenvironmental issues.  She is the primary author of Changing By Degrees:Steps to Reduce Greenhouse Gases, released by OTA in February 1991. The report identified a series of technical options to reduce both U.S.and worldwide emissions.  In 1993, she completed the two volume report,Preparing for an Uncertain Climate, which outlines a sustainable developmentstrategy for the United States.  This report was the foundation forthe United States’ formal submissions on Adaptation to the InternationalConference of Parties on Climate Change in 1995 and 1997.Dr. Bierbaum has written many articles published in technical and popularjournals, and has testified before both House and Senate Committees onenvironmental issues.  She has lectured widely on research needs tobetter manage natural resources, on the effects of multiple stresses onecosystems, and on the science and impacts of global climate change. She is a fellow of the American Association for the Advancement of Science,a reviewer of the International Panel on Climate Change (IPCC), and serveson the Editorial Board of Consequences, a journal focused on the natureand implications of environmental change.  On June 2, 2000, Dr. Bierbaum will receive the Waldo E. SmithMedal from the American Geophysical Union, in recognition of  herextraordinary service to geophysics.Dr. Bierbaum received a B.S. in Biology and a B.A. in English from BostonCollege and a Ph.D. in Ecology and Evolution from the State Universityof New York, Stony Brook. In 1996, she was awarded the Alumni of the YearAward from SUNY, Stony Brook.Contact a speaker booking agent to check availability on Rosina Bierbaum and other top speakers and celebrities.