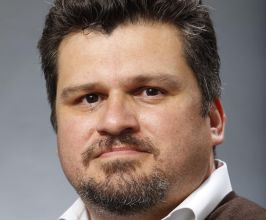 Ruben Navarrette Jr. is a nationally syndicated columnist with The Washington Post Writers Group whose twice-a-week column appears in nearly 150 newspapers. This makes him the most widely read Latino columnist in the country, known for his unpredictability and provocative thinking. He challenges both political parties with equal enthusiasm and his column is required reading for anyone who wants to better understand the nation’s 52 million Latinos.Navarrette is also a CNN contributor who writes a weekly column for CNN.com on the issues of the day. His columns often provoke strong reactions, racking up as many as 800,000 page views, 11,000 reader comments, and dozens of emails.On television, Navarrette has appeared on Lou Dobbs Tonight, Inside Politics, Paula Zahn Now, Anderson Cooper 360, The Chris Matthews Show, The O’Reilly Factor, Fox and Friends, Hardball with Chris Matthews, The NewsHour with Jim Lehrer, NOW with Bill Moyers, Erin Burnett OutFront, Rick’s List, and other shows. He also served as a panelist on PBS’ All-American Presidential Forum in June 2007, a primetime event where he joined moderator Tavis Smiley and other panelists in posing questions to Democratic presidential candidates.On radio, Navarrette has appeared on nationally syndicated radio shows hosted by Bill Bennett, Lars Larson, Michael Reagan, Linda Chavez, and Laura Ingraham. He has dozens of interviews on local radio shows and Sirius/XM. His writing has been praised on the nationally syndicated radio show hosted by Rush Limbaugh, where the host once read one of his columns to the show’s 20 million listeners. He has been a commentator on NPR’s “Tell Me More” with Michel Martin, “Talk of the Nation,” “The Diane Rehm Show,” “All Things Considered,” and “Morning Edition.” A radio talk show host who in 1994 had a three-hour daily show in Los Angeles, he has been a guest host in Phoenix, Dallas, San Diego, and Fresno, California. He has also served as a guest host for the nationally syndicated “The Michael Medved Show,” which airs in more than 200 markets. Currently, Navarrette is a co-host for Glenn Beck on The Blaze Radio Network with broadcast veteran Chris Salcedo.A popular speaker on the national lecture circuit, Ruben Navarrette Jr. has addressed dozens of audiences at universities, conferences, and town halls since 1993. He has spoken at Harvard, Georgetown, Oberlin, Southern Methodist University, Wabash College, Colby College, UC Irvine, UC Santa Barbara, Hanover College, The University of San Diego, Oklahoma State University Tulsa, and the John F. Kennedy School of Government, among many others.Contact a speaker booking agent to check availability on Ruben Navarrette Jr. and other top speakers and celebrities.