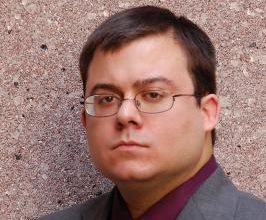 Associate Director of Technology Studies at the Competitive Enterprise Institute

Book Ryan Radia for your event

As associate director of technology studies, Ryan Radia focuses on adapting law and public policy to the unique challenges of the information age. His research areas include information privacy, intellectual property, electronic speech, competition policy, telecommunications, media regulation, and Internet freedom.Radia has published articles in major newspapers and online outlets including Ars Technica, The Seattle Times, Advertising Age, San Jose Mercury News, Forbes, The Star-Ledger, Multichannel News, The Orange County Register, Hartford Courant, and The Des Moines Register. He has been quoted in media outlets including the Los Angeles Times, Chicago Tribune, San Francisco Chronicle, The Boston Globe, POLITICO, The Baltimore Sun, Investor’s Business Daily, Pittsburgh Tribune-Review, CNET News, MSNBC.com, and PC Magazine. He has appeared on dozens of television and radio programs, including Marketplace on National Public Radio, Cavuto on Fox Business Network, and the Laura Ingraham Show on Talk Radio Network.Radia blogs on the Technology Liberation Front, a group technology policy blog dedicated to advancing freedom and liberty in the digital age. His commentary has been referenced by major blogs including Slate, The Atlantic’s Daily Dish, The Washington Post’s Faster Forward, Reason Magazine’s Hit & Run, Techdirt, and Broadband Reports.Radia earned his undergraduate degree in economics from Northwestern University and is a J.D. candidate at the George Washington University Law School. Prior to joining CEI in 2007, he worked in the alternative risk financing sector.Contact a speaker booking agent to check availability on Ryan Radia and other top speakers and celebrities.