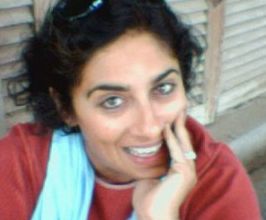 Archaeologist; professor of Egyptology at the American University in Cairo

Book Salima Ikram for your event

Dr. Salima Ikram was born in Lahore, Pakistan in 1965. She visited Egypt when she was nine years old and immediately fell in love with the country, its history, and its monuments. She pursued Egyptology and Archaeology at Bryn Mawr College, Pennsylvania, USA, where she earned an A.B. in Classical and Near Eastern Archaeology and History. She went on to earn her M.Phil. and Ph.D. from Cambridge University in Egyptology and Museum Studies. During the course of her Ph.D. she also trained in faunal analysis. Dr. Ikram now lives in Cairo and teaches Egyptology and archaeology at the American University in Cairo. In addition, she is the correspondent for KMT, a popular Egyptological journal, a frequent contributor to Egypt Today, and the co-director of the North Kharga Oasis Survey.Dr. Ikram has worked extensively in Egypt. She was a site supervisor and archaeologist for the Akhenaten Temple Project outside Karnak Temple, at Buto in the Delta, and at the Giza plateau. She has worked as a faunal analyst and archaeologist at Dahshur, Gebel el-Haridi, Sakkara, Tall al Muqdam, KV 10, KV 5, as well as in several other countries.As faunal analyst for the Theban Mapping Project, Salima is responsible for identifying and analyzing the thousands of animal bones unearthed in KV 5. She has identified some as remains of meat offerings, but many also are the remains of wild animals who may have wandered into the tomb and died after becoming lost in the tomb’s many chambers.Salima Ikram has been teaching Egyptology at the American University in Cairo since 2001. P”Choice Cuts: Meat Production in Ancient Egypt” (Leuven: Peeters, 1995). Dr. Ikram has published widely on a variety of topics and has also written a series of children’s books and she is currently working on a book on animal mummies, and another on tomb decoration.Her areas of specialty are Egyptian archaeology, mummification, both human and animal, cultural resource management with a focus on museums, experimental archaeology, zooarchaeology, ethnoarchaeology, and aspects of daily life in ancient Egypt. She has directed the Animal Mummy Project at the Egyptian Museum, Cairo, co-directed the Predynastic Project in the Egyptian Museum, and is also co-director of the North Kharga Oasis Survey. In addition to working all over Egypt since 1986, Dr. Ikram has also worked in Greece, Turkey, the Sudan.Contact a speaker booking agent to check availability on Salima Ikram and other top speakers and celebrities.