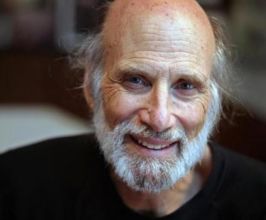 Book Samuel Shem for your event

Samuel Shem, Professor of Medicine in Medical Humanities at NYU Medical School, is a novelist, playwright, and activist. His first novel, The House of God, was called “one of the two most important American medical novels of the 20th century” by The Lancet and was chosen by Publishers Weekly as #2 on its list of “The 10 Best Satires of All Time” (#1 Don Quixote, #3 Catch-22).Shem is also a well-known, inspirational speaker on the importance of human as the centrality of good connection in life and work. He has spoken all over the world—including commencement speeches at more than 50 medical schools—using his writing and experience in medicine to inspire and instruct his audience in “Staying Human in Health Care and Life.”His novels, The House of God, Fine and Mount Misery have sold over 3 million copies and are fictional but close-to-real first-hand descriptions of the training of American doctors. He is noted all over the world by health care professionals for The House of God and has been referred to as “the comic genius and the holy terror of medicine,” “Rabelaisian,” and “the raucous and insightful physician of the soul.”His fourth novel and sequel to House of God, Man’s 4th Best Hospital, was released in November 2019. The mesmerizing, heartbreaking, and hilarious explores how the health-care industry, and especially doctors, have evolved over the past thirty years.Shem’s play Bill W. and Dr. Bob had an Off Broadway run at New World Stage in New York City. It ran for 132 performances and closed on June 10, 2007. The New York Times called it “An insightful new play.” He has published a noted essay, “Fiction as Resistance” (Annals of Internal Medicine 2002). Shem has been honored as one of Boston Public Library’s “Literary Lights,” as one of “Boston’s Best Authors,” and as a speaker at the Hemingway Centennial Celebration at the JFK Library. He has received the Vanderbilt University Medal of Merit.Currently, Shem is a professor of psychiatry at Harvard Medical School, division of addictions. Shem was a Rhodes Scholar at Balliol College, Oxford in 1966. He is a founding Venture Partner and Human Resources manager in one of the largest biotechnology venture capital companies in the world, MPM Capital, where he has worked for ten years.Contact a speaker booking agent to check availability on Samuel Shem and other top speakers and celebrities.