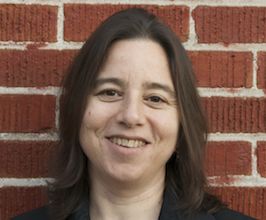 Book Sarah Schulman for your event

Sarah Schulman is the author of novels, nonfiction books, plays and movies. Her most recent works are THE COSMOPOLITANS, which was picked as one of the “Best Books of 2016” by Publishers’ Weekly, and a nonfiction book CONFLICT IS NOT ABUSE: Overstating Harm, Community Responsibility and the Duty of Repair . She recently published ISRAEL/PALESTINE AND THE QUEER INTERNATIONAL, THE GENTRIFICATION OF THE MIND: WItness to a Lost Imagination, the paperback of TIES THAT BIND: Familial Homophobia and Its Consequences, THE MERE FUTURE.Previous novels are THE CHILD, SHIMMER, EMPATHY, RAT BOHEMIA, PEOPLE IN TROUBLE, AFTER DELORES, GIRLS VISIONS AND EVERYTHING and THE SOPHIE HOROWITZ STORY. Her nonfiction titles are TIES THAT BIND: Familial Homophobia and Its Consequences, STAGESTRUCK:Theater, AIDS and the Marketing of Gay America, and MY AMERICAN HISTORY: Lesbian and Gay Life During the Reagan/Bush Years.A working playwright, her productions include: CARSON McCULLERS , MANIC FLIGHT REACTION and the theatrical adaptation of Isaac Singer’s ENEMIES, A LOVE STORY. As a screenwriter, her films include THE OWLS (co-written with director Cheryl Dunye )a Berlin Film Festival 2010 selection, and MOMMY IS COMING (co-written with director Cheryl Dunye)a Berlin Film Festival selection 2011, and JASON AND SHIRLEY, directed by Stephen Winter (Museum of Modern Art). She is co-producer with Jim Hubbard of his feature documentary UNITED IN ANGER: A History of ACT UP.As a journalist, her essays have appeared in The New York Times, The Nation, and Interview. She has won a Guggenheim Fellowship in Playwrighting, a Fullbright in Judaic Studies, two American Library Association Book Awards, and is the 2009 recipient of the Kessler Prize for sustained contribution to LGBT studies.Sarah is Distinguished Professor at the City University of New York, College of State Island, a Fellow of the New York Institute for the Humanities at New York University. A member of the advisory board of Jewish Voice for Peace, Sarah is faculty advisor to Students for Justice in Palestine at The College of Staten Island.Contact a speaker booking agent to check availability on Sarah Schulman and other top speakers and celebrities.