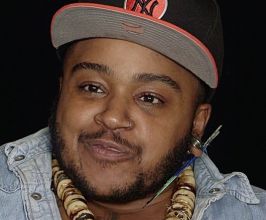 Book Sasha Alexander for your event

Sasha Alexander is a queer trans, black/south asian, adoptee, artist, abolitionist, organizer, facilitator, and healer. A former youth organizer, Sasha has been working at the intersections of LGBTQIA+, youth, media, economic, gender and racial justice movements for over 20 years. In 2013 Sasha was named one of the Inaugural Trans 100 for their organizing and media based work in trans communities of color, after teaching at the intersections of youth media and social justice for over a decade, and called to action by the murder of 21 year old Islan Nettles, Sasha launched Black Trans Media committed to addressing the intersections of racism and transphobia by shifting and reframing the value and worth of black trans people #blacktranseverything.Sasha works as the Founder and Co-Director of Black Trans Media based in Brooklyn and is also the Membership Director at the Sylvia Rivera Law Project (SRLP) in NYC a legal and movement based organization working for collective liberation; as the Membership Director and Co-Director of the Movement Building Team Sasha works to strengthen the leadership of trans, gender non conforming, and intersex (TGNCI) people specifically low income people, people of color, disabled folks, formerly incarcerated people, people living with HIV, and immigrants. Sasha loves time on the land, decolonizing everything, shifting resources, trans reproductive futures, their cat mumia shakur, arts of all mediums, and movement history. Sasha uses the pronouns she/they/he and insists that you mix it up or use their name.Contact a speaker booking agent to check availability on Sasha Alexander and other top speakers and celebrities.