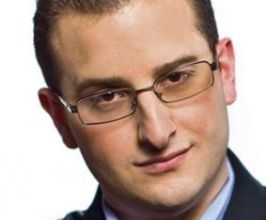 Book Scott Gerber for your event

Scott Gerber is a self taught serial entrepreneur, sought-after public speaker, internationally syndicated business columnist, television commentator, and author of the book “Never Get a ‘Real’ Job.” He’s been widely recognized as the world’s most-syndicated columnist on the subject of entrepreneurship. His columns appear regularly on TIME, Inc., MSN, CNBC, CNN, Mashable, The Next Web, and The Huffington Post. Scott is also a regular contributor on MSNBC, Fox Business and CNN.Scott is the founder of the Young Entrepreneur Council, a non-profit organization that promotes entrepreneurship as a solution to youth unemployment and under-employment. He has been a featured speaker at the White House and has rung the NASDAQ Stock Market Closing Bell. In 2011, he was named one of Mashable’s 4 Young Social Good Entrepreneurs to Watch. In 2012, he was named a generation Y employment champion by Fortune Magazine.He has been featured in the New York Times, the Wall Street Journal, the Washington Post, TIME, CNN, Reuters, Mashable, CBS Evening News, ABC World News Tonight, MSNBC, US News & World Report, Fox News, Inc. and Entrepreneur.Contact a speaker booking agent to check availability on Scott Gerber and other top speakers and celebrities.