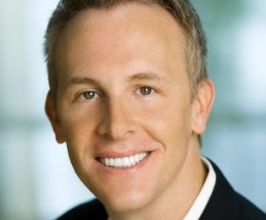 Book Sean Atkins for your event

Sean Atkins is General Manager & Executive Vice President, Digital Media and Strategy at Discovery Communications. In this capacity, he drives Discovery’s original online video strategy across its U.S. brands, including leading Discovery Digital Networks’ robust portfolio of online video networks, including Revision3, SourceFed, Animalist and TestTube.Prior to joining the Digital Media team, Atkins ran west coast operations for Discovery Studios – Discovery Communications’ full-service production house that develops and produces original, multiplatform programming. While with Discovery Studios, which he joined in February 2009, Atkins managed development and production of all programming out of LA, and supervised key programs for numerous Discovery networks.Atkins joined Discovery Communications from HBO where he was Senior Vice President of Digital Media, overseeing their digital products, programming and business development. Previously, he was head of programming and development at Yahoo! Entertainment, where he lead cross-network content syndication/marketing, central product development, programming, video, original studios and business development.Before Yahoo! Entertainment, Atkins was acting-COO for Vulcan Programming, a project with Paul Allen’s Vulcan Ventures and A. Smith & Co. where he managed the development and creation of a slate of cable and interactive networks. During this time, Atkins also served as Executive Vice President of A. Smith & Co, and became head of development and production for A. Smith’s broad slate of projects which included producing and developing shows with over 20 networks.Previously, Atkins held positions with Warner Bros., Mediaconnex and Disney/ABC Cable. At Warner Bros., he headed up programming and production for Entertaindom, a new division that ultimately spanned all of Time Warner’s digital entertainment assets before leaving to become the founding CEO of an Internet start-up Mediaconnex. Atkins started his career with Disney/ABC Cable, helping develop numerous initiatives including the first international Disney Channels; interactive TV joint venture Americast; and numerous original and co-produced shows. Later, he founded the Disney/ABC Cable New Media group, which was responsible for managing the cable network’s interactive, and cross-media programming, branding and business development.Atkins has a bachelor’s degree in film/television production and marketing from California Lutheran University and a MBA from the University of Southern California. He is based in Discovery’s Los Angeles office and makes his home in L.A. with his wife and four children.Contact a speaker booking agent to check availability on Sean Atkins and other top speakers and celebrities.