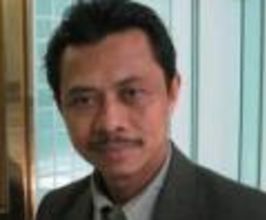 Book Shamsi Ali for your event

Imam Shamsi Ali is currently the Imam of the Islamic Cultural Center of New York, which is the city’s largest mosque located in 96th street and 3rd AV Manhattan. He is Chairman of the Al-Hikmah Mosque in Astoria and the Director of Jamaica Muslim Center in Queens.Imam Ali serves as an Advisory Board member to numerous interfaith organizations, including the Tanenbaum Center and Federation for Middle East Peace. He is also Chairman of the Board of Trustees for the Asean Muslim Federation of North America. Imam Ali also is a Board member for the Partnership of Faith in NY, and co-founder of the UNCC (Universal Clergy Coalition-International). Furthermore, he is also Assistant Director and a Board member of the Muslim Foundation of America, Inc., and Chairman of the annual Muslim Day Parade in NYC. He also serves as the Vice President of the Asian-American Coalition USA (AAC-USA) and its UN Representative.Within the Indonesian Muslim community in North America, Imam Ali is a well known figure. He serves as an Advisory Board to major national Muslim organizations such as IMSA (Indonesian Muslim Society in America) and ICMI (Indonesian Muslim Intellectual Society in America).Well known in the interfaith community, Imam Ali is a visible face of Islam. He has lectured in churches, synagogues and other institutions both nationally and worldwide. He was among a few religious leaders who had been invited to accompany the then President George W. Bush to visit Ground Zero days after September 11th, and represented his community during the Yankee Stadium Prayer for America event along side religious and government high ranking officials, including Former President Bill Clinton and then Senator Hillary Clinton.Imam Ali had an opportunity to meet with variety of leaders, such as Former President G.W. Bush, Bill Clinton, Hillary Clinton, Pataki, Michel Bloomberg, as well President Bambang Yudhoyono of RI and former Presidents Prof. B.J Habibie and K.H. Abdurrahman.Imam Ali participated in the International Conference of Imams and Rabbis for Peace in Seville Spain 2006 and the first National Summit of Imams and Rabbis of North America 2007. He represented the Muslim community at an interfaith discussion on Religions and Sustainable Development at the White House in 2007, and participated in the 2008 Transatlantic Interfaith Dialogue in Frankfurt, Germany.Imam Ali was appointed “Ambassador for Peace” by the International Religious Federation in 2002, and a recipient of the 2008 ICLI Interfaith Award. In 2006, he was named one of seven most influential religious leaders in New York City by New York Magazine.Last year, Imam Ali was awarded one of 100 recipients of the 2009 Ellis Island Medal of Honor Award. This prestigious non military gold medal is the highest recognition given to immigrants with tremendous contributions to the American society and the world and for him, it was due to his endless dedication in building bridges between religious communities. Furthermore, in 2009, Imam Ali was chosen as one of the 500 most influential Muslims in the world by the Royal Islamic Strategic Studies Center in Jordan and Georgetown University.A revered Qur’an scholar, who speaks fluent, beside his native Indonesian language, English Arabic and Urdu, Imam Ali obtained his BA in tafseer from the International Islamic University Islamabad-Pakistan in 1991; an MA in comparative Studies of Religions from the same university in 1994. He is a frequent speaker at the United Nations forums and a media guest contributor for ABC, PBS, BBC World, CNN, Fox News, National Geographic, al-Jazeera, the Hallmark Channel.Imam Shamsi Ali is a native Indonesian, born and raised in Bulukumba, South Sulawesi, an area well known for its traditional wooden schooner called pinisi. He is 43 years old and currently resides in Jamaica, Queens, with wife Mutiah and five children.Contact a speaker booking agent to check availability on Shamsi Ali and other top speakers and celebrities.