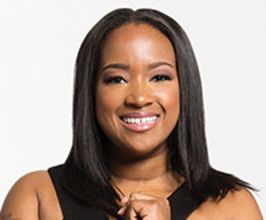 Book Shanté Bacon for your event

Shante Bacon is the founder and CEO of 135th Street Agency, a strategic communications and experiential marketing firm staffed by award-winning communications experts with a combined 30 years of experience in marketing and media. Shante has delivered top-notch strategy for cable networks, steering BET, OWN, WE tv and VH1 to #1 ratings success with original series like The Game, Iyanla: Fix My Life, Braxton Family Values, The Haves and the Have Nots and Love & Hip Hop.135th Street Agency specializes in campaigns reaching youth consumers and influential business professionals. Among the agency’s esteemed clients are Grammy® Award winner Ester Dean (Beyonce’); iconic music producer Jermaine Dupri, and American Idol megastar turned actress Jordin Sparks. Paramount Pictures, The Weinstein Company, Walt Disney Studios, and Sony Pictures all agree that 135th is a key player in their grassroots publicity campaigns.Ms. Bacon has contributed to box-office topping films such as Transformers: Age of Extinction, Lee Daniels’ The Butler, Star Trek Into Darkness, Marvel’s The Avengers, Tangled, TRON: Legacy, Hotel Transylvania, Think Like a Man and more.Prior to starting 135th, Shante served as a senior marketing director with Island Def Jam Music Group. During her tenure there, she spearheaded marketing strategies for multiple Grammy® winner Kanye West’s debut album The College Dropout and Oscar® winning actor Ludacris’ highest-selling album, Chicken & Beer.The success of the various campaigns Shante has led during her career catapulted her to an elite list of accomplished professionals in entertainment. She has received numerous accolades for her work, including recognition as one of PR News’ Top Women in PR, EBONY’s 2014 Power 100 and Jet Magazine’s 2013 40 Under 40 in Business. She is also a four-time winner of the NAMIC Excellence in Multicultural Marketing Awards (EMMA) and a 2010 winner of the American Advertising Federation Mosaic Award for “LOVE N’ HAITI” campaign with the City of Miami.Shante is committed to sharing her knowledge and resources with others. Through the agency, she supports several non-profit organizations, including the Harlem Boys & Girls Club, the Global Language Project and the Education Video Center, a non-profit youth media organization based in Manhattan. Shante is an alumna of Hampton University with a Bachelor of Science degree in Marketing.Contact a speaker booking agent to check availability on Shanté Bacon and other top speakers and celebrities.