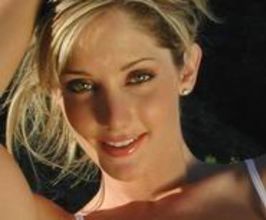 Sharon Moore is a passionate tribal bellydance artist who devotes her energies to instructing, performing, and costume design.

Book Sharon Moore for your event

Sharon Moore is a passionate tribal bellydance artist who devotes her energies to instructing, performing, and costume design. With a combined background of study in jazz, modern, ballet, gymnastics, music and theater, she finds tribal bellydance to be the most rewarding performance art she has ever encountered, and has made it her life’s work.Sharon has studied with many instructors spanning diverse styles of Middle Eastern Dance and related ethnic dances of the Romany Trail, as well as modern forms of dance expression. This diversified approach to her personal study has developed in her a deep respect for all interpretations of this art form, from its ancient roots through modern-day explorations, inspiring her to incorporate these various influences into her eclectic style of performance and instruction. She keeps her personal style of teaching and performance fresh and unique by continually seeking out new inspirations through ongoing study of various performance art forms.Relying on her distinctive sense of creativity, Sharon enjoys blending modern sensibilities and aesthetics with classic dance forms, gently but enthusiastically pushing the limits of modern bellydance artistry. She is a certified instructor of the Gypsy Caravan tribal style, having completed a mentorship with director Paulette Rees-Denis, and as such, was the first certified tribal bellydance instructor in Washington State.Proven to be a nurturing teacher with a great sense of humor, Sharon loves to help students succeed. She considers herself a joyful facilitator to each student, helping them pursue their bliss in the bellydance world. She finds that the sense of community created with tribal bellydance is a uniquely beautiful and empowering force in her life, and she is honored and thrilled to be sharing this experience with others.One of Sharon’s greatest joys is traveling to different cities to share this dance with others through teaching workshops and performing. She has had the honor of being hosted as a featured instructor and performer at some of the largest tribal bellydance festivals in the world, including Tribal Fest, Tribal Quest Northwest, and 3rd Coast Tribal, and is a sought after workshop performer around the US and Canada.Sharon & ReneeCo-directors of inFusion TribalPhoto by Lexi HiouIn addition to being a co-director of inFusion Tribal Bellydance, she is director of her student troupe, Nomaditude – Tribal Bellydance with Attitude, who perform at artist-friendly venues around the city. Sharon is highly active in the Seattle bellydance community, producing and performing at local events, organizing workshops and other educational opportunities in the Seattle area, and maintaining several informational web sites.Sharon is the author of the column “Of The Tribe”, which was a feature in the widely distributed tribal bellydance journal Caravan Trails; and has written various articles for other publications such as The Gilded Serpent, and the new edition of The Tribal Bible by Kajira Djoumahna. For her “day job”, Sharon is the owner of Mandala Tribal, specializing in hand-made tribal costumes and accessories, as well as a wide selection of tribal and fusion music, books, videos, and much more.Sharon & ChrisPhoto by Christi MiltonAs a hobby, Sharon performs burlesque in the Seattle area, under the stage name Miss Scarlet Rose. She also has a side-job, creating web and graphics design, having created this and many other websites. Feel free to contact her for information on how she can create a unique and beautiful web site for you. You can see a portfolio of her work HEREOh, and somewhere in there, she finds time for her wonderfully loving and supportive husband, Chris, and their two dogs, Gretchen and Loki.Accomplishments:Founder and Co-producer of Hafla Durga (2005-)Featured Instructor at 3rd Coast Tribal 2007Featured instructor and performer at Tribal Fest 2005, 2007Featured instructor and performer at Tribal Quest Northwest 2005Contributor to The Tribal BibleDirector: Shaia Tribe Wild Tribal Bellydance (2001-2005)Goddess Squad: Co-director (2001-2003)Guest Instructor (2001, 2002)Founder of TribalBellyDance.org, online resourceFounder of Seattle Tribal, online resourceFounder of Tribal Dance Web RingCo-Producer of Hafla ShaqiqContact a speaker booking agent to check availability on Sharon Moore and other top speakers and celebrities.