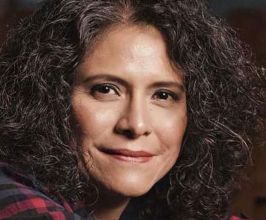 Book Silvia Vasquez-Lavado for your event

Silvia Vasquez-Lavado is a native Peruvian and sexual violence survivor. In October 2005, during a trek to the Base Camp of Mt. Everest, she realized this journey would allow her to heal spiritually and rekindle her inner power. During her 7-day magical adventure through the Himalayas, Vasquez-Lavado developed an incredible sense of resilience, strength, compassion, and most importantly, the reconnection to her inner courageous girl.Vasquez-Lavado began a quest to climb the world’s Seven Summits. She first summited Mt. Kilimanjaro, Tanzania in 2005, followed by Mt. Elbrus, Russia in 2006. She attempted Mt. Denali, Alaska in 2012, but had to turn back due to bad weather. She set off to climb Mt. Aconcagua, Argentina in 2013.Summiting Aconcagua proved to be a life-changing experience. The day after coming down from the Summit, Vasquez-Lavado was determined to climb the remaining peaks – before attempting Mt. Everest. She also decided she would not go alone. Instead, she vowed bring along four 18-year-old women – all survivors of sexual violence – from the San Francisco Bay Area, as well as survivors of sexual violence from Nepal.In 2014, Vasquez-Lavado launched Courageous Girls, a nonprofit that helps survivors of sexual abuse and human trafficking with opportunities to find their strength and cultivate their voice by demonstrating their physical strength. The foundation’s mission is to provide the healing and empowering of sexually abused girls through physical endurance, creative, somatic, and mindfulness techniques.Vasquez-Lavado’s own experiences have proven so monumental in healing her soul that she was determined to give this opportunity to a very special group of Courageous Girls. She was able to bring survivors of sexual violence to the base of Mt. Everest and was able to witness how these young women found their own courage, developed their own strength, and grew in terms of their own healing with their sisters from all around the world.Vasquez-Lavado became the first Peruvian woman to summit Mt. Everest in May 2016 and the first openly gay woman to complete the 7 Summits by summiting Denali in June 2018. She also summited Mt. Kosciuszko in Australia and Carstensz Pyramid in the island of Papua, Oceania, in March of 2015, and Vinson Massif in Antarctica in December of 2015. Her memoir, In the Shadow of the Mountain, is slated for release in 2022, and has been optioned for a movie adaptation, starring Selena Gomez.Contact a speaker booking agent to check availability on Silvia Vasquez-Lavado and other top speakers and celebrities.