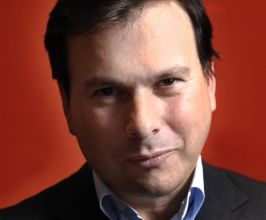 Book Simon Anholt for your event

Simon Anholt is an independent policy adviser who works with the Heads of State, Heads of Government and administrations of nations, cities and regions worldwide to develop and implement strategies for enhanced economic, political and cultural engagement with other countries.These strategies are typically in the areas of economic competitiveness, public diplomacy, cultural policy and cultural relations, national identity and reputation, educational policy, regional integration, export promotion, tourism, foreign direct investment, security and defence, immigration and related areas of social policy, language policy, sustainability, talent attraction and major international events.Anholt is the author of the best-selling book, “Another One Bites The Grass” and editor of the quarterly journal, Place Branding and Public Diplomacy. His book on the role of brands in economic development, “Brand New Justice,” was first published in 2003. He is a co-author of “Beyond Branding,” “Brands and Branding,” “Heritage and Identity – Shaping the Nations of the North” and “Destination Marketing.” His more recent books are “Brand America,” “Competitive Identity: the New Brand Management for Nations, Cities and Regions” and “Places: Image, Identity and Reputation.”Simon Anholt has a Master’s Degree from the University of Oxford and is a Parliamentarian of the European Cultural Parliament. He was awarded the Nobels Colloquia Prize for Economics in Trieste in 2009 and the Prix d’Excellence du Forum Multiculturel por un Développement Durable (Award for Excellence in Sustainable Development), at the 7th Multicultural Forum at the Palais de la Découverte, Paris, in 2010.He is a member of the organizing committee of the Anglo-Dutch Apeldoorn Conference and was appointed an Honorary Professor in Political Science by the University of East Anglia in 2013.Contact a speaker booking agent to check availability on Simon Anholt and other top speakers and celebrities.