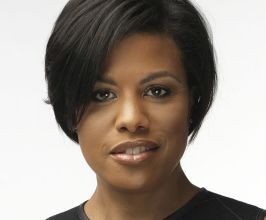 Former Mayor of Baltimore; Former Secretary of the Democratic National Committee; Former President of the U.S. Conference of Mayors

Book Stephanie Rawlings-Blake for your event

Stephanie Rawlings-Blake was sworn in as Baltimore’s 49th mayor on February 4, 2010. In November 2011, she was elected to her first full term as Mayor, receiving 87% percent of the vote in the mayoral general election. Mayor Rawlings-Blake has focused her administration on growing Baltimore’s population by 10,000 families over the next decade by improving public safety and public education and by strengthening city neighborhoods.Mayor Rawlings-Blake became the 73rd President of the U.S. Conference of Mayors (USCM) in June 2015, and serves on the USCM Board of Trustees and in key leadership positions such as the Mayor’s Water Council, and the Criminal and Social Justice Standing Committee. Mayor Rawlings-Blake was also elected to a top leadership position in the Democratic National Committee (DNC) to serve as Secretary, following the historic reelection of President Barack Obama.In 2013, Mayor Rawlings-Blake presented, Change to Grow: A Ten-Year Financial Plan for Baltimore, the City’s first long-range financial plan. The plan includes a bold set of major reforms that amount to the most significant changes to the way the City does business in generations. The plan would help achieve the mayor’s goal to grow Baltimore by 10,000 families by eliminating a nine-year $750 Million structural budget deficit; allowing new investments in neighborhood infrastructure—including repairing roads and City facilities and rebuilding ten recreation centers; and providing a funding surge for the demolition of more than 4,000 vacant homes; all while reducing homeowner property taxes by more than 20% over the next ten years.In 2012, Mayor Rawlings-Blake worked with state leaders to pass the Civil Marriage Protection Act and subsequent state ballot initiative, allowing same-sex couples to obtain a civil marriage license in Maryland. When the new law took effect on January 1, 2013, Mayor Rawlings-Blake presided over the first same-sex marriages in Maryland’s history at a midnight ceremony at Baltimore’s City Hall.Mayor Rawlings-Blake has also worked to make Baltimore a welcoming city for immigrants. She signed a landmark executive order to protect new Americans from discrimination and increase access to public safety resources and City services for foreign-born city residents. In addition, Mayor Rawlings-Blake fought for a successful state-wide ballot initiative, known as the Dream Act, to provide in-state tuition rates and higher education opportunities for undocumented immigrant students that attended Maryland high schools.Rawlings-Blake served as City Council President from January 2007 to February 2010. She was first elected to the City Council in 1995, at the age of 25—the youngest person ever elected to the Baltimore City Council. She represented the council’s 5th District from 1995 to 2004 and the 6th District from 2004 to 2007, serving communities throughout West and Northwest Baltimore. As Council President, she chaired the City’s Board of Estimates, which supervises all purchasing by the City. From 1998 to 2006, Rawlings-Blake was an attorney with the Baltimore Office of the Public Defender.Rawlings-Blake has been honored with numerous awards and recognitions. In 2013, she was awarded the First Citizen Award by the Maryland State Senate, a top honor for dedicated and effective participants in the process of making government work for the benefit of all. She was selected by The Daily Record as one of “Maryland’s Top 100 Women” in 2007 and 2011. The National Congress of Black Women named her a Shirley Chisholm Memorial Award Trailblazer. The National Association of Negro Business and Professional Women’s Clubs named her one of Baltimore’s “Young Women on the Move.”Rawlings-Blake is a member of Alpha Kappa Alpha Sorority, Inc., Epsilon Omega Chapter and a former at-large member of the Alliance of Black Women Attorneys. She has served on numerous boards and commissions, including the Baltimore Convention and Tourism Board; the Baltimore Museum of Art; the National Aquarium in Baltimore; Baltimore Substance Abuse Systems, Inc.; Living Classrooms Foundation; the Waterfront Partnership of Baltimore; and Parks and People Foundation.She received her Juris Doctor from the University of Maryland School of Law in 1995. She is a member of the Federal Bar Association and the Maryland State Bar Association. Rawlings-Blake is a member of Douglas Memorial Community Church. She lives in Baltimore’s Coldspring neighborhood with her husband Kent Blake and their young daughter Sophia.Contact a speaker booking agent to check availability on Stephanie Rawlings-Blake and other top speakers and celebrities.