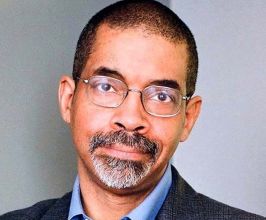 Professor at Yale Law School & Author of “Invisible and Civility”

Recognised by TIME magazine as one of the fifty leaders of the next century, Stephen Carter is a leading interpreter of American culture and discourse. An author, a novelist, and a columnist for the Bloomberg View, Stephen has shaped the national debate on issues ranging from the role of religion in our politics to the role of civility in our daily lives. Nearly fifteen years after publication, his book Civility is still the defining treatment of how the way we treat each other defines the society we live in. His new book, Invisible: The Forgotten Story of the Black Woman Lawyer Who Took Down America’s Most Powerful Mobster, is a biography about his grandmother’s extraordinary life.In Invisible, Stephen writes about the inspiring story of Eunice Hunton Carter, was a brilliant, ambitious woman who was unafraid to break barriers. A graduate of Smith College and Fordham Law School, she became a key member of the legal team charged with breaking up organized crime in New York City. By the 1940s, she was one of the most famous black women in America.Civility: Manners, Morals and the Etiquette of Democracy explores the customs necessary for a healthy society. Stephen explains that self-interest and market-oriented thinking have hampered our ability to think of ourselves as a community. Obsessed with our personal rights and skeptical of good manners as limitations on our individuality, we treat each other rudely and call it self-expression. The solution, Stephen argues, is complex, ranging from a re-examination of our vocabulary to a re-focus on self-sacrifice as the foundation of community.Professor Carter is the William Nelson Cromwell of Law at Yale University. He once served as a law clerk to Thurgood Marshall, the civil rights veteran and Supreme Court Justice. A trustee for the Aspen institute, he moderates seminars for business executives on the role of values in leadership. He is a member of the American Academy of Arts and Sciences and the American Law Institute. He has written six novels: the first, The Emperor of Ocean Park, spent three months on the New York Times bestseller list, Back Channel, The Impeachment of Abraham Lincoln, Jericho’s Falls, Palace Council, and New England White. He is the author of seven critically acclaimed books on law, ethics and politics.Contact a speaker booking agent to check availability on Stephen L. Carter and other top speakers and celebrities.