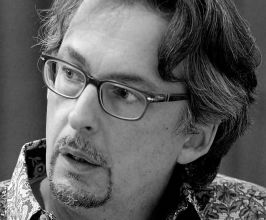 Opera Director at the Met, Teacher at Juilliard, Adapter of Classic Farce

Book Stephen Wadsworth for your event

Stephen Wadsworth has directed at the Metropolitan Opera, Teatro alla Scala, Royal Opera Covent Garden, Vienna Staatsoper, Nederlandse Opera, Edinburgh Festival, and in San Francisco, Los Angeles, Toronto, and Santa Fe. He made his Seattle Opera debut 29 years ago with Jenufa; and has returned for the world premiere of Daron Hagen’s Amelia (for which he also wrote the story), Iphigénie en Tauride (a coproduction with the Metropolitan Opera), Orphée et Eurydice,Xerxes, and Wagner’s Lohengrin, Der Fliegende Holländer, and the Ring (2001, 2005, and 2009). Wadsworth has staged much-traveled productions of plays by Shakespeare, Molière, Marivaux, Goldoni, Shaw, Wilde, and Coward. Wadsworth wrote the libretto for the opera A Quiet Place with Leonard Bernstein, and directed the world premieres of Daron Hagen’s Shining Brow and Peter Lieberson’s Ashoka’s Dream, as well as new plays by Beth Henley and Anna Deavere Smith. He has translated a number of works for the stage, including works by Monteverdi, Handel, and Mozart. The French government named him a Chevalier de l’Ordre des Arts et des Lettres for his work on Molière and Marivaux. Wadsworth is Head of Dramatic Studies at the Metropolitan Opera’s Lindemann Young Artists Development Program, and the James S. Marcus Faculty Fellow and Director of Opera Studies at the Juilliard School, where he has launched the first intensive acting program for opera singers. He is a Grammy nominee, a Harman/Eisner Artist in Residence at the Aspen Institute, a 2013 Sundance Theatre Lab playwrighting fellow, twice a Seattle Opera Artist of the Year, and a Rainier Club Artist Laureate.Contact a speaker booking agent to check availability on Stephen Wadsworth and other top speakers and celebrities.