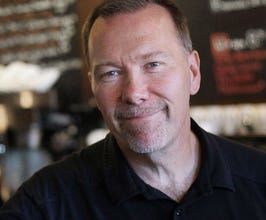 Book Steve Hildebrand for your event

In the historic 2008 presidential campaign, Steve Hildebrand served as the deputy national campaign manager for Barack Obama. Joining with Obama in September 2006, before the senator made the decision to seek the presidency, Hildebrand was at the forefront of all strategic decisions and helped to craft the groundbreaking grassroots campaign strategy from the very beginning. From savvy marketing to the use of the internet and small donors, Hildebrand’s strategy helped raise an astonishing $750 million for the candidate, shattering records and changing the political landscape forever.Hildebrand’s extensive political career has included managing races in South Dakota, Iowa, and Minnesota. He oversaw the Midwestern states for the Clinton-Gore re-elect in 1996 and served as political director of the Democratic Senatorial Campaign Committee from 1997-1998. In 1999 and 2000, Hildebrand ran the Iowa caucuses for Vice President Gore and the Women Vote! program for EMILY’s List. He also managed Senator Tim Johnson’s campaign in 2002 and Senator Tom Daschle’s campaign in 2004.In 2005, Hildebrand and Paul Tewes founded Hildebrand Tewes Consulting, a full-service consulting firm with a specialty in communications, candidate research, and grassroots strategy. The firm was built on the success of one of the most heralded grassroots issues campaigns in recent history – the campaign that defeated President Bush’s plan to privatize Social Security. With 22 employees in Washington, DC and Sioux Falls, South Dakota, the film has grown quickly and is considered one of the premier political firms in the country.Past campaigns, clients, and current clients include the Clinton-Gore re-elect, Gore for president, Senator Tom Daschle, Senator Tim Johnson, Senator Robert C. Byrd, Senator Sheldon Whitehouse, Americans United to Protect Social Security (campaign against privatization plan), America’s Voice (leading immigration reform coalition), several international unions – including AFSCME, SEIU, and AFL-CIO, Environmental Defense, National Environmental Trust, Planned Parenthood, NARAL Pro-Choice America, the Democratic National Committee, the Democratic Senatorial Campaign Committee, the Democratic Campaign Committee, and the Democratic Governor’s Association.Most recently, Hildebrand received the Capitol Champions Award from the Stonewall Democrats. He also helped Faith in America launch its new web presence. The group was founded to take aim at religion-based bigotry in the US against LGBT men and women.Contact a speaker booking agent to check availability on Steve Hildebrand and other top speakers and celebrities.