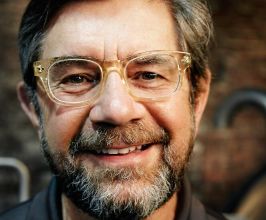 Chairman & Co-Founder of The Brooklyn Brewery

Book Steve Hindy for your event