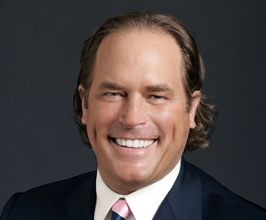 Book Steve Mosko for your event

As president, Sony Pictures Television (SPT), Steve Mosko oversees all television operations for Sony Pictures Entertainment (SPE) worldwide.An SPE executive for more than two decades, Mosko leads the largest independent television studio, a company that ranks as a leader in the production and distribution of programming around the world, encompassing an extraordinary span of genres, time periods and television venues. As president, Mosko also oversees pay cable, video-on-demand, pay per view, digital networks, and advertiser sales.Additionally, Mosko directs the studio’s international networks with 124 channel feeds available in more than 159 countries, reaching more than 840 million households worldwide; Crackle.com, SPE’s premium video website; and the studio’s interests in: 3net, the first 24/7 fully programmed 3D television network; FEARnet, the number one horror/thriller website and VOD service; GSN, cable’s game show network; and ITN Networks, Inc., a national media sales company. He oversees SPT’s 18 wholly-owned or joint venture production companies in 14 countries outside the U.S. and the studio’s offices in 33 countries.Some of the programs currently in production at the studio include the original network primetime series “Unforgettable” for CBS, “The Michael J. Fox Show,” “The Goldbergs” and “Shark Tank” for ABC, “The Blacklist” and “Community” for NBC and “Rake” for Fox. The studio also produces a prolific roster of primetime cable series including dramas “Justified” for FX, “Breaking Bad” for AMC, “Damages” for DIRECTV, “Necessary Roughness” for USA “Franklin and Bash” for TNT, “Client List” for Lifetime and “Masters of Sex” for Showtime; comedies “The Big C” for Showtime, “Men at Work” for TBS and “The Boondocks” for Cartoon Network’s Adult Swim. From “Los Caballeros Las Prefieren Brutas” in Latin America to a Russian version of “Married…with Children,” SPT is a leader in local language production around the world. Additionally, the studio produces critically-acclaimed, highly-rated motion-pictures-for-television including the blockbuster Emmy Award-winner “Broken Trail” for AMC and ratings record-breaker “Hatfields & McCoys” for History Channel, among many others. SPT also creates original series for digital distribution.Under Mosko’s direction, SPT programming has been awarded the industry’s top honors including Primetime and Daytime Emmys, Golden Globe Awards, WGA awards, Peabody awards, GLAAD awards, AFI awards, Prism awards, Banff International Rockies and Ace Eddie awards, among others.With Mosko at the helm, the company also produces first-run syndicated programs such as syndication’s longtime #1 and #2-rated game shows “Wheel of Fortune” and “Jeopardy!,” and the #1 and #2 network daytime serials “The Young and the Restless” and “Days of Our Lives.” The studio, with Oprah Winfrey’s Harpo Productions, produces and distributes the Emmy-winning syndicated program, “The Dr. Oz Show.” This fall, SPT will debut its latest syndicated offering, “The Queen Latifah Show.”Mosko’s division also directs the sales of all feature films produced by SPE across multiple platforms including advertiser-supported broadcast and cable networks and pay cable, as well as sales of the SPT library of more than 150,000 episodes of over 500 series and nearly 4,000 motion pictures. Further, Mosko oversees advertiser sales for SPT, one of the premier national advertiser sales entities, which handles the commercial inventory for the studio’s first-run and off-network syndicated series as well as in all of SPE’s digital businesses in the United States.Mosko joined SPE in 1992 as vice president of the western region for Columbia TriStar Television Distribution, the syndication and cable network production and distribution organization that was a predecessor to SPT. For that entity, he held several senior management positions, including executive vice president, sales, before being named president in 2000.In this role, Mosko built on the studio’s syndication business, overseeing first-run and off-network program sales in more than 200 markets and supervising efforts of regional offices in New York, Los Angeles, Chicago, Atlanta, and Dallas.From 1988-1991, Mosko was vice president and station manager of Philadelphia’s WPHL-TV. There, he managed the station’s day-to-day operations and was involved in long-term strategic planning. Previously, from 1983-87, he was general sales manager for that city’s WTAF-TV. Additionally, for four years, Mosko served at NBC affiliate WMAR-TV in Baltimore, his hometown, first as an account executive and then as local sales manager.Mosko was inducted into the Broadcasting & Cable Hall of Fame in 2005. Under his leadership, SPT was honored with the Special Recognition Award at the 2004 Sony Corporation Global Top Meeting in Tokyo, in recognition of the group’s outstanding fiscal achievements, including record revenues and earnings. Previously, his considerable work for the studio garnered him the distinction in 2001 of being chosen by Electronic Media magazine (now TelevisionWeek) as one of the television industry’s annual “12 to Watch” most impactful executives. In 2003, he was named to Entertainment Weekly’s 14th Annual Power List, ranking #39 among entertainment industry executives.Mosko is a member of the executive committee for the Los Angeles Board of Governors of Paley Museum, the Emeritus Board of the Southern California Junior Achievement, the board of directors for the Ad Council, the board of directors of the Game Show Network, the executive board of UCLA School of Theater, Film and Television and the executive committee of the Academy of Television Arts & Sciences (ATAS). Formerly, he was the Chairman of the Academy of Television Arts & Sciences Foundation, and on the board of Viewpoint School. In 2000, he was chairman of the National Association of Television Program Executives (NATPE). While working in Philadelphia, he was president of the Philadelphia Ad Club, on the board of the National Academy of Television Arts & Sciences (NATAS) and a member of the Philadelphia Police Department’s Drug Advisory Council.A native of Baltimore, Mosko graduated from the University of Delaware with a Bachelor of Arts degree in communications. In 1995 his alma mater recognized his accomplishments with their Presidential Achievement Award. In 2011 Mosko was awarded an honorary doctorate by Chapman University.Contact a speaker booking agent to check availability on Steve Mosko and other top speakers and celebrities.