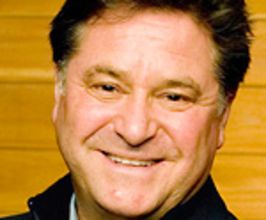 Stew Leonard Jr. is president and chief executive officer of Stew Leonard’s, a unique family-owned and operated retailer dubbed “The Disneyland of Dairy Stores” by The New York Times for it’s in-store entertainment and costumed characters and listed in the Guinness Book of World Records for having “the greatest sales per unit area of any single food store in the United States.”Leonard’s father started the business in Norwalk, CT in 1969 as the first dairy retail store where children could be entertained watching milk being bottled while mothers did their shopping for locally-produced farm-fresh foods. Leonard grew up in the business, helping his father expand the store to include fresh meat, seafood, produce, cheese and a bakery.Since Leonard took over as president and CEO in 1991, the company has grown to include four food stores in Norwalk, Danbury and Newington, Connecticut and Yonkers, New York, and nine wine stores in Norwalk, Danbury and Newington, Connecticut, Yonkers, Farmingdale and Carle Place, New York and Clifton, Springfield and Paramus, New Jersey. Stew Leonard’s employs over 2,000 team members and has annual sales of $400 million.Stew Leonard’s has received worldwide recognition for its passionate approach to customer service and creating a great work environment for its team members. The company is continuously featured in marketing textbooks and business school case studies such as Harvard Business School and Columbia University, was named to FORTUNE magazine’s “100 Best Companies to Work For” list for ten consecutive years, and has been featured in two of management expert Tom Peter’s books, A Passion for Excellence and Thriving on Chaos.Leonard was awarded the prestigious Dale Carnegie Leadership Award, an international honor that recognizes company leaders who emphasize development of their people, and has appeared on numerous national television shows regarding his expertise and store’s business philosophy, including the CBS Early Morning Show, Martha Stewart, CNN, MSNBC, The History Channel and The Food Network.Following the devastating drowning accident of their 21-month old son, Stewie, Leonard and his wife Kim founded the Stew Leonard III Children’s Charities with the mission to save lives through water safety education and awareness, since drowning is the leading cause of accidental death in children under the age of five. As part of this mission they have published two children’s books on the topic of water safety—Stewie The Duck Learns to Swim and Swimming Lessons with Stewie The Duck—and have raised over $1 million to fundContact a speaker booking agent to check availability on Stew Leonard Jr. and other top speakers and celebrities.