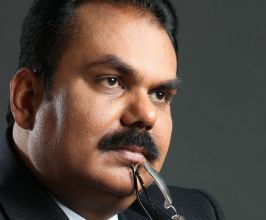 Success Guru AK Mishra, a renowned motivational Speaker, an educationist and an entrepreneur who has been motivating people from different walks of life to live the life of their dreams and has been enabling participants to unleash their unconditional pot

Introduction Arun Kumar Mishra (born 22nd Oct 1964) fondly known as Success Guru AK Mishra amongst his audience is the Founder and Director of “Chanakya IAS Academy” and his dream Organization “AK Mishra’s Art of Success”. He is a celebrated Motivational Speaker who has been passionately providing his Art of Success training all over India to bring revolutionary transformation in Human Behavior. For more than 2 decades he has been inspiring youth with his motivational lectures. Through the initiative of “AK Mishra’s Art of Success”, AK Mishra aspires to empower, inspire and programme Human mind to achieve success in every sphere of Life. Early Age AK Mishra was born in the salubrious heights of Jharkhand’s Chota Nagpur Plateau, where the district town of Hazaribagh is nestled. The air is ever crisp and activities seem unhurried. But life there is not quite as easy. The word “remote” acquires true meaning there, as the British must have discovered while trying to lay railroads through its tough terrain. Communications might be a little better today, with superior highways and more railway lines, but they had certainly not improved much when AK Mishra was growing up in the independent India of the 1960s. He cycled five kilometers from his village of Barkagaon to his first school. From vantage points, during pauses in his daily toil, he must have seen endless stretches of land and people that needed to be administered and governed. These pauses, and what he thoughtfully surveyed in them, perhaps suggested the way forward for this worthy son of a humble school principal. Born and brought up in the salubrious wild flower covered and green undulation district of Hazaribagh, AK Mishra pursued his academics from St. Columba’s college and Delhi University Professional Career After a splendid academic career—through a “nondescript rural school’, Hazaribagh’s St. Columba’s College and the Delhi University—he could well have become an administrator himself. But that would have limited matters to him and personal excellence. Instead, he chose to develop “Human Software, as he calls it for administration and governance in all of India. Hence, AK Mishra led the foundation of Chanakya IAS Academy where he leads the foundation of success lies in inspiration in 1993, which is today the most favored nursery of India’s bureaucrats. With Chanakya opened new horizons and social responsibility into existence and thus formulated his flagship life reforming programme, “AK Mishra’s Art of Success” and AK Mishra foundation. Beyond Chanakya IAS Academy, his motivational seminars draw impressive numbers. AK Mishra’s Art of Success is extremely close to heart of AK Mishra. While Art of Success has been in existence even before Chanakya IAS Academy in the life transformational training domain, it only took a defined shape in last 5 years. And while taking his dream organization AK Mishra’s Art of Success a step ahead, AK Mishra has gone straight to the matter in the conquest of a tough terrain and launched the specialized courses for people from all walks of life, such as; Art of Success for Parenting, Art of Success for Successful, Art of Success for Professionals, Art of Success for Aspirers, Art of Success for Teenagers, Art of Success for Human Relationships. Achievements The Chanakya IAS Academy is inciting over 2000 aspirants to success in the grueling examination for IAS, IPS, IFC and other civil services. At over 100 a year, the strike rate is enviable for the high merits of assistance. Commenced with 43 students, today AK Mishra is a motivation for 4000 students in 11 centers; 1 at north Delhi with head office at south Delhi, 1 in Guwahati, Patna, Pune, Ahmedabad, Gurgaon, Hazaribagh, Ranchi, Pune, Chandigarh and Jaipur. Beyond the Academy, AK Mishra’s with a vision to do something extraordinary in life he has been inspiring youth to live life of their dreams with his Art of Success Training programmes since before he established Chanakya IAS Academy. His Art of Success and AK Mishra’s Human Software Development programme are very popular worldwide. AK Mishra’s Art of Success has not only motivated his audience but has also transformed the lives of millions of people with his training programmes.Within 5 years, AK Mishra’s Art of Success has touched the heights of Success and has a unique team of 30 people who work behind his life transformational seminars all over the world, along with his certified trainers, clinical psychologists, Neuro linguistic programming trainers who works together under the guidance of AK Mishra with a mission to bring revolutionary transformation in Human behaviors’.Contact a speaker booking agent to check availability on Success Guru AK Mishra and other top speakers and celebrities.