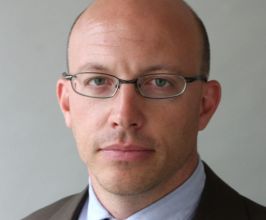 T Christian Miller is a senior reporter for ProPublica. In more than 20 years as a professional journalist and foreign correspondent, Miller has covered four wars, a presidential campaign and reported from more than two dozen countries. He has won numerous accolades for his work in the U.S. and abroad, including the 2016 Pulitzer Prize for Explanatory Reporting, which he shared with Ken Armstrong of The Marshall Project for coverage of sexual assault. The essay, titled “An Unbelievable Story of Rape,” would later inspire Netflix’s critically acclaimed miniseries “Unbelievable.”In 2015, he won two Emmy Awards for his work with Marcela Gaviria on a PBS Frontline Documentary about the link between the Firestone tire company and the Liberian war criminal Charles Taylor. Miller’s work has been featured in the New York Times, the Los Angeles Times, the Washington Post, PBS Frontline, PBS Newshour, NPR and All Thing Considered, among other major media outlets.As an investigative journalist, Miller specializes in the military and international affairs, particularly multinational corporations operating in foreign countries. He has extensive experience with public records, the Freedom of Information Act and data-driven reporting. In 2011, Miller was awarded a yearlong Knight Fellowship to study at Stanford University. He has lectured at the University of California at Berkeley, the University of Southern California, Stanford, Columbia and Duke, among other schools.During the Iraq and Afghanistan wars, Miller was the only journalist in the U.S. dedicated exclusively to covering the reconstruction process. Miller’s groundbreaking work led to the expulsion of a top Pentagon official, the cancellation of a major arms contract and the initiation of several investigations. In 2006, Miller published Blood Money: Wasted Billions, Lost Lives and Corporate Greed in Iraq (Little, Brown), which the Washington Post called one of the ‘indispensable’ books on Iraq.Prior to coming to Washington, Miller was a foreign correspondent based in Bogotá, Colombia where he covered that nation’s guerrilla conflict and its connection to Washington’s war on drugs. While there, he was briefly captured and held hostage by leftist guerrillas. Miller graduated from the University of California at Berkeley with highest honors. He lives in the San Francisco Bay Area with his wife and three children.Contact a speaker booking agent to check availability on T. Christian Miller and other top speakers and celebrities.