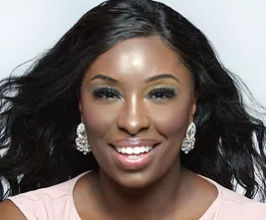 Book Tamika Hall for your event

Dr. Tamika Hall has been called a Thought Leader and Spiritual General of our time. She empowers women worldwide in the areas of leadership, business, and personal development. A digital media mogul, she is the CEO of Tamika INK Media Group, home to TamikaINK Publishing & PR, She Wins Media, and iWorship96 FM Radio, a Stellar Award Nominated station heard in over 5 million homes in over 60 countries.Hall hosts the Tamika Hall Radio Show every Monday at 6 PM and the LIVE television experience, the Tamika Hall Show, Monday-Wednesday at 7PM via Facebook Live & Youtube. Both mediums give her the ability to share artists, authors, entrepreneurs, and ministers with the world.For daily inspiration, viewers can tune in to “Speak Over Yourself,” where Tamika shares Biblical Affirmations to Fuel Your Day via Facebook, Youtube, and Instagram. ​ Hall is an international bestselling author of more than 15 books, four of which have held the number one spot on Amazon’s Bestseller’s List, including the release of her 2021 anthology, “I Am More Than Enough,” which featured 14 women from around the world.​A social media influencer, Hall’s growing following of more than 50K experience daily motivational messages and find laughter through her comedic character, Petty Patty.Former model and pageant queen, many days you will find Hall styling and directing photoshoots for ministers, entrepreneurs, and artists.Adding filmmaker to her growing list of accomplishments, Hall is releasing her first full-length film, She Wins Beyond the Bruises 2021.Contact a speaker booking agent to check availability on Tamika Hall and other top speakers and celebrities.