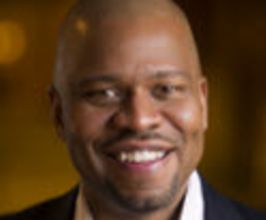 Book Ted Colbert for your event

Ted Colbert is Chief Information Officer of The Boeing Company and vice president of Information Technology. Colbert, who was named to this role in November 2013, is responsible for the IT strategy, operations, processes and more than 8,000 IT people of the world’s largest aerospace company. He has responsibility for supporting the growth of Boeing’s business by partnering with the company’s business units on IT-related revenue generating programs and for overseeing all aspects of information security across the global reach of the company.In his previous role as vice president of Information Technology Infrastructure, Colbert was responsible for developing and maintaining IT solutions inclusive of network, computing, server, storage, collaboration and infrastructure across the entire Boeing enterprise. He was named to this position in December 2011.Previously, Colbert was vice president of IT Business Systems, where he was responsible for developing and maintaining the computing application systems that support Boeing Finance, Human Resources, Corporate, Commercial Capital Business Units as well as the company’s internal systems. He was named to this position in September 2010.Colbert joined Boeing in 2009 as director of Enterprise Network Services, which provides the connectivity infrastructure enabling all internal Boeing applications and Line of Service delivery systems to integrate, communicate, and pass data from point to point throughout the company and beyond.Colbert spent 2.5 years at Citigroup as a senior vice president of Enterprise Architecture based in the New York metro area. At Citigroup, he held positions focused on Enterprise Architecture and Strategy & Planning in the Global Architecture & Engineering organization. His major contributions at Citi were focused on driving IT programs to improve technology strategy, workslate management & prioritization, and delivery lifecycle processes across IT engineering and operations. He led major Enterprise efforts to drive common architecture across the Global Consumer organization.Before joining Citigroup, Colbert spent 11 years with Ford Motor Company’s Information Technology organization. During his tenure with Ford, he held several positions including manager of Global Deskside Services, where he was responsible for global engineering and operations for client (UNIX and Windows), infrastructure, hardware/software, mobile, global end-user support (helpdesk), site management, and executive liaison to several major technology suppliers. Prior to this role, Colbert held leadership positions in the areas of Program Management, Infrastructure Engineering & Operations, Application Development / Portfolio Management, and Process Reengineering. In addition, he championed and led several campus recruiting, career development, and community service projects.Colbert completed the Dual Degree Engineering Program at the Georgia Institute of Technology and Morehouse College in Atlanta, Georgia with degrees in Industrial and Systems Engineering and Interdisciplinary Science.Contact a speaker booking agent to check availability on Ted Colbert and other top speakers and celebrities.