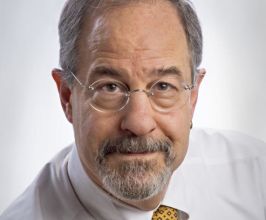 Book Ted Gup for your event

Ted Gup is an award winning journalist, professor and author specializing in government secrecy. Gup is the author of “A Secret Gift,” (Penguin Press, 2010) and two previous books: “Nation of Secrets: The Threat to Democracy and the American Way of Life” (Doubleday, 2007) winner of the Goldsmith Book Prize from Harvard University’s Kennedy School of Government, and the bestseller, “The Book of Honor: Covert Lives And Classified Deaths At The CIA” (Doubleday, 2000.)As a journalist, Gup worked at The Washington Post as an investigative reporter under Bob Woodward. He later wrote for Time magazine covering Congress, the environment, and served as Washington investigative correspondent.Since 2009, he has been professor and chair of the journalism department at Emerson College in Boston. From 1999-2009 he was the Shirley Wormser Professor of Journalism at Case Western Reserve University. Gup has also taught at Georgetown, Johns Hopkins and the Chinese Academy of Social Sciences in Beijing.He has also been a frequent guest on news programs including those of ABC, NBC, CBS, CNN, PBS and NPR, and written for a wide range of publications, including Smithsonian, National Geographic, The New York Times, and many more.Gup has been a Pulitzer finalist in national reporting, and recipient of numerous awards, including the George Polk Award, the Worth Bingham Prize, the Gerald Loeb Award, the National Conservation Achievement Award and the Book-of-the-Year Award from Investigative Reporters and Editors (for The Book of Honor).He has been a grantee of the John D. and Catherine T. MacArthur Foundation, a Fellow of the Joan Shorenstein Center on the Press, Politics & Public Policy at Harvard’s Kennedy School of Government, a Thomas J. Watson Fellow, a Guggenheim Fellow, and a Fulbright Scholar (to China.)Contact a speaker booking agent to check availability on Ted Gup and other top speakers and celebrities.