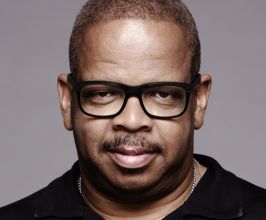 Book Terence Blanchard for your event

In the post-Wynton Marsalis era, jazz trumpeter Terence Blanchard has become a most prominent brass player, bandleader, recording artist, orchestrator of film scores, and leader in the mainstream post-bop community. Born on March 13, 1962 in New Orleans, Louisiana, Terence Oliver Blanchard was an only child to parents Wilhelmina and Joseph Oliver Blanchard. He began playing piano by the age of five, switched to trumpet three years later, and played alongside childhood friend Marsalis in summer band camps. While in high school, he took extracurricular classes at the New Orleans Center for Creative Arts with Roger Dickerson and Ellis Marsalis. From 1980 to 1982, Blanchard studied under Paul Jeffrey and Bill Fielder at Rutgers University in New Jersey while touring with Lionel Hampton’s orchestra.In 1982 Blanchard replaced Wynton Marsalis under his recommendation in Art Blakey’s Jazz Messengers, working in that band up to 1986 as lead soloist and musical director. He then co-led a prominent quintet with saxophonist Donald Harrison, recording seven albums for the Concord, Columbia, and Evidence record labels in five years, including a stirring in-concert tribute to the Eric Dolphy/Booker Little ensemble.In the ’90s, Blanchard became a leader in his own right, recording for the Columbia label, performing on the soundtracks to Spike Lee’s Do the Right Thing and Mo’ Better Blues, and composing the music for Lee’s film Jungle Fever. In fact, Blanchard has written the score for every Spike Lee film since 1991, including Malcolm X, Clockers, Summer of Sam, 25th Hour, Inside Man, and the Hurricane Katrina documentary When the Levees Broke for HBO.With over 40 scores to his credit, Blanchard and Mark Isham are the most sought-after jazz musicians to ever compose for film. In the fall of 2000, Blanchard was named artistic director of the Thelonious Monk Institute of Jazz at the University of Southern California in Los Angeles. Keeping up with his love of live performance and touring, Blanchard also maintains a regular studio presence, recording his own original music for the Columbia, Sony Classical, and Blue Note labels. Albums include The Billie Holiday Songbook (1994), Romantic Defiance (1995), The Heart Speaks (1996), the acclaimed Wandering Moon (2000), Let’s Get Lost (2001), Bounce (2003), and especially Flow (2005), which was produced by pianist Herbie Hancock and received two Grammy nominations. Blanchard has been nominated for 11 Grammys and has won four in total, including awards for New York Scene with Blakey (1984) and the soundtrack A Tale of God’s Will in 2007. In 2005, Blanchard was part of McCoy Tyner’s ensemble that won the Grammy in the Best Jazz Instrumental Album category for Illuminations.A quintessential sideman as well as leader, he has worked with prominent jazz players including Cedar Walton, Abbey Lincoln, Joanne Brackeen, Jay McShann, Ralph Peterson, Ed Thigpen, J.J. Johnson, Toots Thielemans, the Olympia Brass Band, Stevie Wonder, Bill Lee, Ray Brown, Poncho Sanchez, Dr. Billy Taylor, Dr. John, Lionel Loueke, Jeff Watts, and many others. Scarecrow Press published his autobiography, Contemporary Cat. By April of 2007, the Monk Institute announced its Commitment to New Orleans initiative, which included the relocation of the program to the campus of Loyola University in New Orleans, spearheaded by Blanchard. During 2007, the Monterey Jazz Festival named Blanchard Artist-in-Residence, and the festival formed a 50th Anniversary All-Stars ensemble featuring trumpeter James Moody, Benny Green, Derrick Hodge, Kendrick Scott, and Nnenna Freelon.In 2008, Blanchard helped scored the hit film Cadillac Records. Signing with Concord Jazz in 2009, he released Choices — recorded at the Ogden Museum of Art in Blanchard’s hometown of New Orleans — at the end of that summer. In 2011, he paid tribute to the innovative Afro-Cuban recordings of Dizzy Gillespie and Chano Pozo by teaming up with Latin jazz percussionist Poncho Sanchez for the studio album Chano y Dizzy! In 2012, Blanchard returned to his film work by scoring the soundtrack to director George Lucas’ WWII action/drama Red Tails. The trumpeter returned to the Don Was-helmed Blue Note in 2012. His first offering for the label was Magnetic, an album which showcased a new quintet and guest appearances by Ron Carter and labelmates Lionel Loueke and Ravi Coltrane.Contact a speaker booking agent to check availability on Terence Blanchard and other top speakers and celebrities.