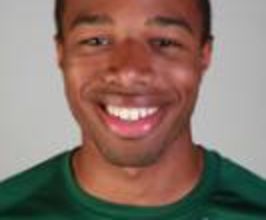 Terence Smith joined The NewsHour with Jim Lehrer in August 1998 to establish and lead the media unit as its senior producer and correspondent.

Book Terence Smith for your event

His work quickly drew and sustained praise: Smith and his unit are four-time winners (2003, 2002, 2000, 1999) of the Arthur C. Rowse Award for Media Criticism, given by the National Press Club, as well as the recipients of the 2002 Bronze World Medal in the New York Festivals, the 2002 CINE Golden Eagle Award and the 2000 Bart Richards Award for Media Criticism. In addition, the unit’s work has earned three Emmy nominations, in 2000, 2001 and 2003.The media unit provides regular reporting and analysis of trends and issues involving the information industries. It covers issues such as ethics, accountability and journalistic standards, in addition to the increasing pressures of competition. This special unit, the only one its kind in broadcast television, is funded by grants from the Pew Charitable Trusts and the John S. and James L. Knight Foundation.Smith came to The NewsHour as the next step in a career that has included major positions in print and broadcast journalism. He spent 20 years as a national and foreign correspondent and editor with The New York Times and 13 years with CBS News. Smith served as senior correspondent for CBS News’ Sunday Morning from 1990 to 1998. He contributed cover stories and special features to the Sunday Morning broadcast, as well as the CBS Evening News and other CBS news broadcasts.From 1989 to September 1990, Smith was a Washington correspondent covering a wide range of national and international news for the CBS Evening News, 48 Hours and other CBS news broadcasts. Smith was CBS’ White House correspondent from 1986 to 1988, and served as Washington correspondent for the CBS Morning News from 1985 to 1986.Smith earned two Emmy Awards at CBS: in 1990 for his work on 48 Hours: Hurricane Watch, which focused on Hurricane Hugo; and in 1989, for 48 Hours: Nightmare Next Door—a look at the dangers confronting people who live near nuclear power plants. In 1998, Smith won the George Foster Peabody Award for “general excellence,” along with the staff of CBS Sunday Morning. He also won the 1994 Exceptional Merit Media Award given by the National Women’s Political Caucus and Radcliffe College.For CBS Morning News, he reported on politics, government and international affairs from his base in Washington, D.C. In June 1985, when Lebanese gunmen hijacked a TWA jet, Smith co-anchored a week of “Special Editions” of the CBS Morning News. He also anchored the CBS late-night interview broadcast, Nightwatch.Before joining CBS News in 1985, Smith spent two decades with The New York Times as a reporter, foreign correspondent and editor. From 1981 to 1985, he was editor of The Times’ “Washington Talk” page, which he helped conceive and develop. He also served as assistant foreign editor, national political correspondent and chief White House correspondent. Smith was bureau chief in Israel (1972-76), Saigon (1969-70) and Bangkok (1968-69). In 1967, he covered the Six-Day Arab-Israeli war and its aftermath and in 1973, led The Times’ coverage of the Yom Kippur war. He reported from 40 countries and won The Times’ Publisher’s Award 22 times.Smith was a principal contributor to a special 1981 issue of The New York Times Magazine on the Iranian hostage crisis. Smith was nominated for a Pulitzer Prize for his contribution to that issue (which was later published by Times Books as a book, “No Hiding Place”). He also received a Pulitzer Prize nomination for his reporting during the 1973 Arab-Israeli war. In addition, he has published articles in numerous magazines, anthologies and publications.Contact a speaker booking agent to check availability on Terence Smith and other top speakers and celebrities.