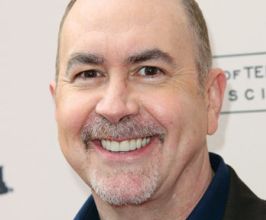 Book Terence Winter for your event

Emmy Award Winner Terence Winter is the creator, writer, and executive producer of the HBO television series Boardwalk Empire.On September 19, 2010, Boardwalk Empire ‘s premiere episode gained HBO’s highest ratings for any premiere since 2004 and less than two days later the series was renewed for a second season.Before creating Boardwalk Empire, Terence was a writer and executive producer for the HBO television series The Sopranos.Winter is a four-time Emmy Award-winning writer and former Executive Producer of The Sopranos.In 2001, he won both the Writers Guild Award and the Edgar Award for his Sopranos episode “Pine Barrens,” directed by Steve Buscemi. In 2004, Winter won two Emmys, one as Executive Producer of The Sopranos for Outstanding Drama Series, and one for Writing in a Drama Series for his episode “Long Term Parking.” In 2006, he again took home the writing Emmy, this time for his episode “Members Only.” Later that year, he wrote and directed the episode “Walk Like a Man,” which aired in the show’s final season.In 2007, Winter won his second Writers Guild award as well as his fourth Emmy when The Sopranos was again voted Outstanding Drama Series.And in February 2008, he won his third Writers Guild Award for his episode “The Second Coming.”Before joining The Sopranos, Mr. Winter worked as a writer and producer of an eclectic group of television series, including The Great Defender, The Cosby Mysteries, Xena: Warrior Princess, Sister, Sister, Soldier of Fortune, Diresta, and Eddie Murphy’s The PJs.A native of Brooklyn, New York, Mr. Winter received a B.A. from New York University in 1984 and a J.D. from St. John’s University School of Law in 1988.Contact a speaker booking agent to check availability on Terence Winter and other top speakers and celebrities.