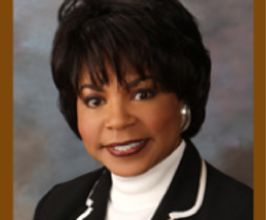 Founding President of the Brown Foundation for Education Equality

Book The Brown Sisters for your event

Cheryl Brown is the Founding President of the Brown Foundation for Educational Equity, Excellence and Research, and owner of Brown & Associates, educational consulting firm. She has extensive background in education, business, and civic leadership, having served on and chaired various local, state and national Boards. In addition, she has two decades of experience in political advocacy, public policy implementation, and federal legislative development.In 1988 she founded the Brown Foundation. Since its establishment, the Foundation has provided scholarships to more than 100 minority students, presented awards to local, state and national leaders, established libraries for children in low-income communities, developed curriculum on Brown for educators across the country, created traveling exhibits on and a website on Brown, and sponsored programs on diversity and educational issues, for thousands of people. In 1990, under her leadership, the Foundation successfully worked with the U.S. Congress to establish the Brown v Board of Education National Park in Topeka, which opened in May of 2004. In 2001 under her leadership the Foundation successfully worked with the U.S. Congress to establish the Brown v. Board of Education 50th Anniversary Presidential Commission, which served to provide a Federal presence in the 2004 anniversary of the Brown decision.Brown is one of the three daughters of the late Rev. Oliver L. Brown who in the fall of 1950 along with 12 other parents, led by attorneys for the NAACP, filed suit on behalf of their children against the local Board of Education. Their case joined with cases from Delaware, South Carolina, Virginia and Washington, D.C. on appeal to the U.S. Supreme Court and on May 17, 1954, became known as the landmark decision; Brown v. the Board of Education of Topeka, Kansas. This case was legally named for Oliver Brown, i.e., Oliver L. Brown et. al. vs. the Board of Education of Topeka, KS et. al.Her education includes a Bachelors Degree in Elementary Education, Minor in Mathematics from Baker University, Baldwin City, Kansas, a Masters Degree in Guidance and Counseling from Emporia State University, Emporia, Kansas and an Honorary Doctorate of Humane Letters from Washburn University.She is the recipient of various awards and recognition for work in education and community service; presentations at numerous conferences, conventions and universities; and for her work with Congress and the National Park Service to preserve sites associated with the landmark U.S. Supreme Court ruling of 1954.Contact a speaker booking agent to check availability on The Brown Sisters and other top speakers and celebrities.