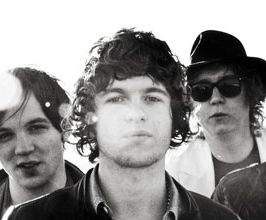 Book The kooks for your event

The Kooks formed in Brighton in 2004 and are an English indie rock band. The Kooks currently consist of guitarist and vocalist Luke Pritchard, drummer Paul Garred, lead guitarist and backing vocalist Hugh Harris, and bassist Dan Logan, who replaced Max Rafferty in 2008. The Kooks have two Top 5 albums to their name, as well as a string of Top 40 singles.The Kooks: Early DaysThe Kooks met as students at the Brighton Institute of Modern Music. Luke Pritchard formerly attended The Brits Performing Arts and Technology School in Croydon, where he was linked to musician Katie Melua. Luke Pritchard and Max Rafferty collaborated on a college project before getting Hugh Harris and Paul Garred on board. The band decided to name themselves after the song Kooks from David Bowie’s 1971 album, Hunky Dory. The Kooks also shared a love of artists such as The Strokes, Bob Dylan, and The Police, which they began to channel into their own blend of poppy indie rock.The Kooks: Inside In / Inside OutIn June 2005, soon after signing to Virgin Records, The Kooks released their debut single, Eddie’s Gun. But it was The Kooks’ third single, You Don’t Love Me, which earned the band their first Top 20 hit. On 23rd January 2006, the Kooks unleashed their debut album, Inside In/Inside Out, which shot to number two in the UK Album Chart, eventually selling two million copies worldwide and going triple platinum in the UK. An alternative version of the album, called Inside In/Inside Out Acoustic, is also available.Inside In/Inside Out was followed by the single Naïve, penned by Pritchard when he was just sixteen, and which reached number five in the UK Singles Chart on its release in March 2006. The Kooks’ rise to fame accelerated with the release of another Top 10 single, She Moves in Her Own Way, and a support slot for The Rolling Stones at Cardiff’s Millennium Stadium. Now well and truly in the media limelight, The Kooks were drawn into a spat with Razorlight, who also opened for The Rolling Stones on this tour. The NME regularly reported on the feud between Razorlight’s front man Johnny Borrell and The Kooks’ Luke Pritchard.Across the UK, The Kooks were enjoying playing to packed venues and October 2006 saw the band set off on their first US tour, selling out shows in New York and Los Angeles. That year The Kooks were nominated for Best New Act at the Q Awards, but lost out to Corinne Bailey Rae. They were also nominated for Best UK and Ireland Act at the MTV Europe Music Awards.The Kooks: KonkThe Kooks released the first of their new material in March 2008 with the single Always Where I Need To Be. The Kooks’ second album, Konk, followed on 14th April and went straight to number one. Konk was recorded at the London studio of the same name, owned by Ray Davies, singer-songwriter with The Kinks. The Kooks also recorded seven tracks at RAK studios in London and included this CD, entitled RAK, in the double disc version of the album. Shine On was the second single to be taken from Konk and reached number twenty-five on its release in July 2008. Earlier that year, bass player Max Rafferty left The Kooks and was replaced by Dan Logan, a member of Brighton band Cat The Dog.Contact a speaker booking agent to check availability on The kooks and other top speakers and celebrities.