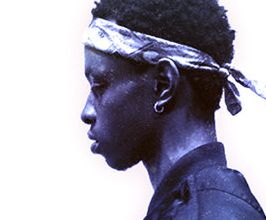 Book The Underachievers for your event

The Underachievers are an American hip hop duo from Flatbush, Brooklyn, New York, formed in 2011. The group is composed of East Coast rappers AK and Issa Gold. American record producer Flying Lotus signed the duo to his Brainfeeder record label in 2012. Following their signing they released two critically acclaimed mixtapes, Indigoism and Lords of Flatbush in 2013. Their debut studio album Cellar Door: Terminus Ut Exordium was released on August 12, 2014.AK began rapping at the age of 11, later on in high school he would work under the stage name The Underachiever. Issa Gold started rapping much later, not taking it seriously until around late 2011. The duo then began making music together under the name “The Underachievers” after a producer pushed them to work together, which resulted in them forming the group.In May 2012, they released their first music video for the song “So Devilish.” Following the videos release they began gaining attention quickly, with their second officially released song “Gold Soul Theory” getting played on BBC Radio in August 2012, even though they had yet to sign a recording contract. Their music was also passed on to record producer Flying Lotus, who the following day flew them out to Los Angeles to meet them the day after they talked for the first time. After they met a few times and performed a few shows for him, he signed them to his Brainfeeder record label. Flying Lotus said he already wanted to sign the duo after listening to one song for only 20 seconds. Around the same time they signed they released their third music video for “Herb Shuttles,” which has gotten over six million views on YouTube. Around mid-2012, The Underachievers, Pro Era and Flatbush Zombies formed the New York hip hop supergroup Beast Coast.The duo released their first official mixtape Indigoism on February 1, 2013, via Flying Lotus’ Brainfeeder record label. Indigoism featured psychedelic lyrics, allusions to the third eye and spirituality. The mixtape was met with very positive reviews from music critics upon its release, including by BBC. On March 13, 2013, The Underachievers released “No Religion,” their first collaboration with Flatbush Zombies. Following the release of Indigoism they toured North America and Australia with Joey Badass, Pro Era and Flatbush Zombies from March 21 until April 20, 2013.The Underachievers released Cellar Door: Terminus Ut Exordium after mixtape releases from Issa Gold and AK, respectively. Issa Gold released his mixtape, Conversations with a Butterfly and AK released his mixtape, Blessings in the Grey to help build hype for their new album. Shortly after the album dropped, The Underachievers announced a two month tour with fellow “Beast Coast” members The Flatbush Zombies. This tour will be named Clockwork Indigo.Their musical style is based around old school New York hip hop and psychedelic hip hop. Psychedelic drugs such as acid and shrooms have a significant effect on their musical style. Issa Gold credits Lupe Fiasco and Kanye West as his greatest musical influences. The group also significantly listens to other genres of music, with Gold saying his favorite artist is John Mayer.Contact a speaker booking agent to check availability on The Underachievers and other top speakers and celebrities.